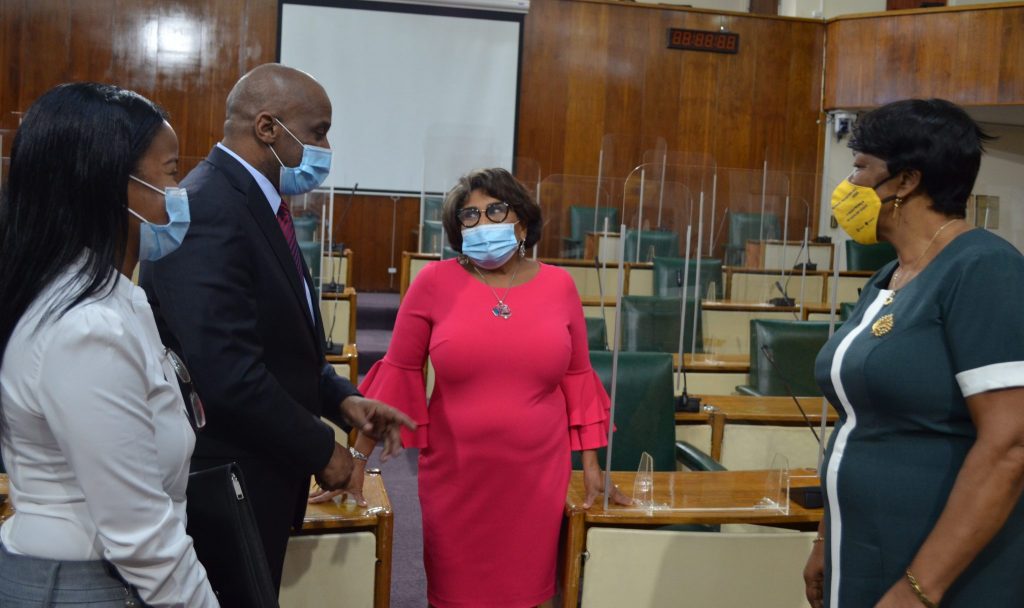 The Ministry of National Security has accused former Commissioner of Police, Rear Admiral Hardley Lewin, of showing “scant disregard for the provisions of the law”.
This is in relation to his recent statement that the leadership of the police force had authorised a police constable to give United States’ authorities wiretapped information on alleged gang leader, Christopher ‘Dudus’ Coke.
“With regard to the disclosure of wiretap information to foreign authorities, the former Commissioner is clearly contemptuous of the fact that if this information is to be used for evidential purposes, the law stipulates that authorization must first be obtained from a judge of the Supreme Court,” a release from the Ministry said.
“Not even the highest echelons of the Police Force can issue such authorization. This scant disregard for the provisions of law, coming from a former Commissioner, is frightening,”
The release issued by the Ministry on Monday (May 24) stated:
The Government has taken note of the statements made by former Commissioner of Police, Rear Admiral Hardley Lewin, that:his resignation was in response to a plot involving government ministers, Members of Parliament and senior police officers to undermine his leadership; the government lacked the will to break the back of crime and did not provide the necessary policy direction and implementation; the disclosure of wiretap information to foreign agents was authorized by the highest echelons of the Police Force.
The government is not aware that any Minister of Government was involved in any plot to undermine Rear Admiral Lewin’s leadership of the Police Force.
It was Prime Minister Golding who invited Rear Admiral Lewin to make himself available for the position of Commissioner of Police, and conveyed his willingness to the Police Service Commission.
Never once did he express any such concern to the Prime Minister, the Minister of National Security or the National Security Council.
It is well known that Rear Admiral Lewin’s appointment was not embraced by many members of the Police Force, and he had some difficulty in mobilizing the support of the men and women under his command.
It was the effectiveness of his leadership in reducing the level of crime that became an issue. The murder toll in 2009 reached a record level of 1,680.
Notwithstanding financial constraints, the Government sought to implement the recommendations put forward by Rear Admiral Lewin to strengthen the fight against crime, including significant improvement in police mobility and telecommunications and forensic capability.
The anti-crime Bills which have been impeded by lack of parliamentary consensus emanated from his recommendations.
The implementation unit set up to carry out the reform recommendations of the Strategic Review was placed under his direct control and administration.
The report of the former Commissioner’s statements did not identify any policy implementation failure of which he has accused the government, nor does it appear that the journalists who interviewed him bothered to ascertain.
The former Commissioner’s greatest failure was in crime-fighting operations for which he had full authority and, in accordance with Section 3 of the Constabulary Force Act, was not subject to any direction or control.
For example, the law provides for cordon and curfew as means of apprehending violent criminals.
Curfews require the approval of the Minister of National Security. During Rear Admiral Lewin’s tenure as Commissioner, the only occasion on which he sought approval for a curfew order was during a flare up in Central Kingston. He was repeatedly asked why this provision was not being utilized more.