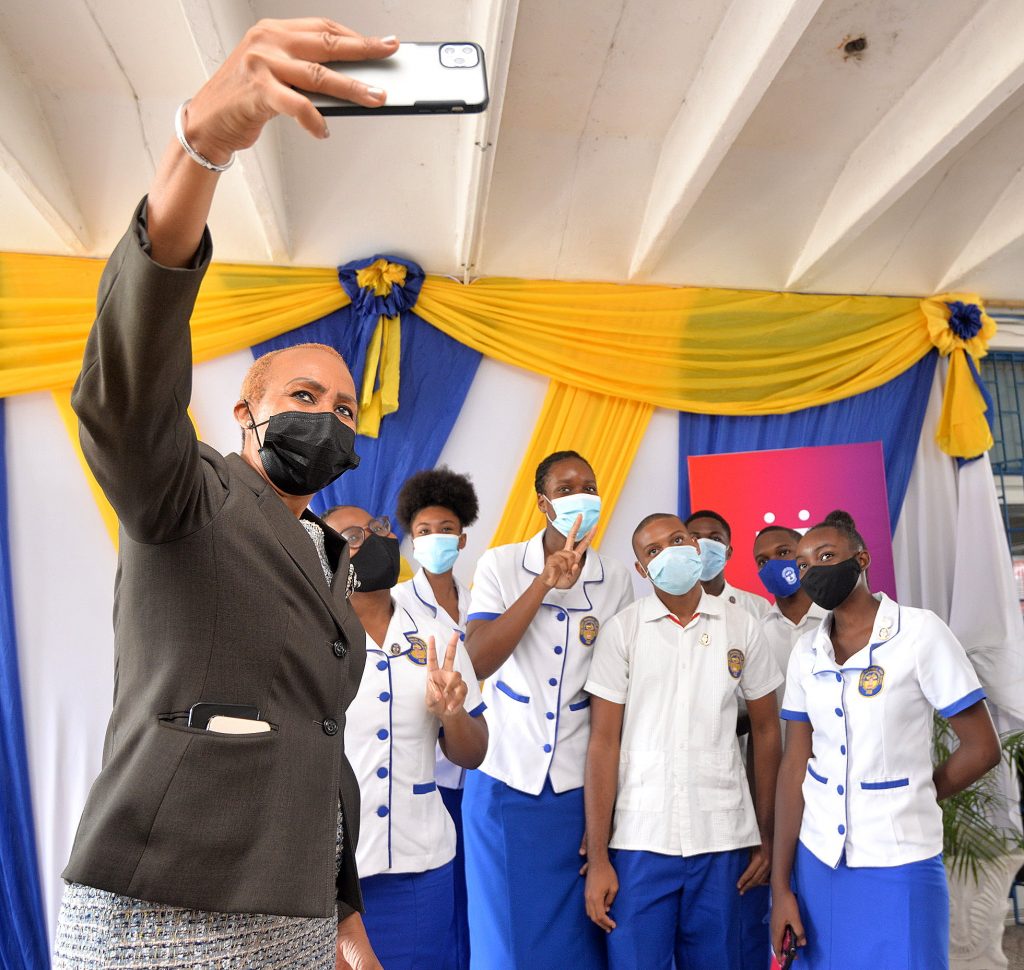 The Prime Minister the Hon. Bruce Golding, met with a number of potential investors at the Hilton Hotel in New York on Friday September 24.
During the meeting, he outlined the many business opportunities available to them in Jamaica. These include Information and Communication Technology (ICT) and business process outsourcing for which, he said, Jamaica was ideally suited, because of its location and available workforce.

He told investors that his government was seeking to establish Jamaica as an international financial centre. The breakfast meeting was organised by JAMPRO.
Mr. Golding left the island Tuesday September 21 for New York to attend the 65th session of the United Nations General Assembly, and other high level meetings. He is accompanied by Deputy Prime Minister and Minister of Foreign Affairs and Foreign Trade, Dr Kenneth Baugh, as well as senior officials of the Foreign Affairs Ministry and the Office of the Prime Minister (OPM).

Prime Minister the Hon. Bruce Golding, shares a light moment with Gordon ‘Butch’ Stewart, Chairman of JAMPRO, during a breakfast meeting at the Hilton Hotel in New York on Friday September 24.

Prime Minister Golding is among more than 145 Presidents and Heads of Governments who will participate in the UN summit. The main themes of the general debates will include global security, overcoming the consequences of the global economic crisis and other issues of common concern.
Last Wednesday September 22, the Prime Minister attended the plenary session of the Clinton Global Initiative, followed by a meeting with the President of the Inter-American Development Bank (IDB), Alberto Luis Moreno.
Mr. Golding and his team participated in a JAMPRO Breakfast Forum on Friday September 24, and a CARICOM meeting to discuss the setting up of a committee of permanent ambassadors.
He will address the General Assembly on Monday September 27. His other activities will include participation in high level plenary meetings on the Millennium Development Goals (MDGs).
The Minister of Finance and the Public Service, Hon. Audley Shaw, will be in charge of the Government from September 21 to 29, while Dr. Baugh will take charge on his return on September 30, and until the return of the Prime Minister on October 3.