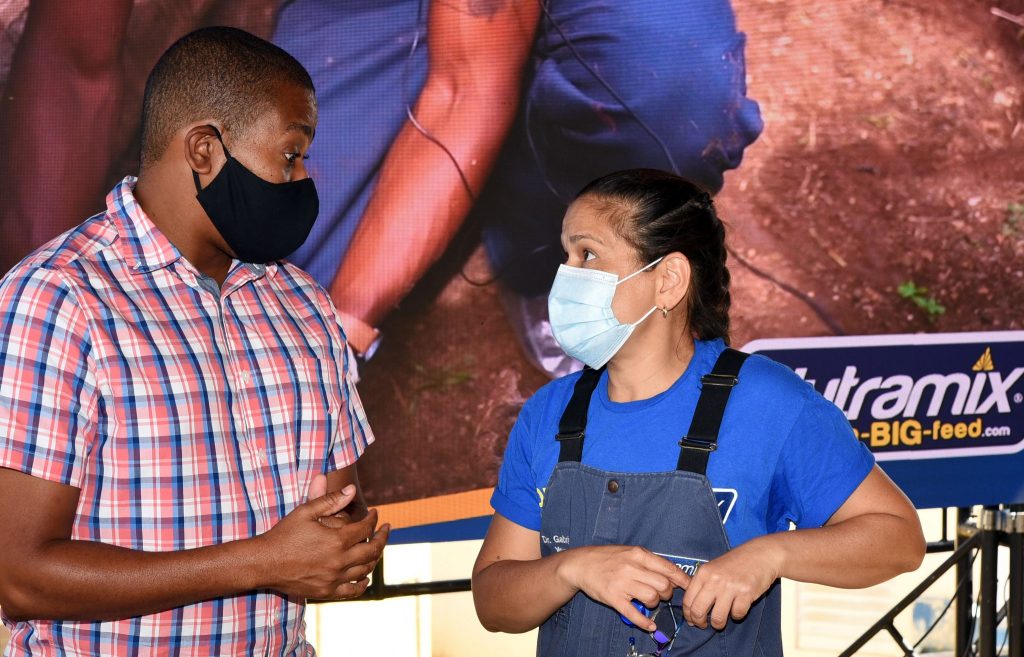 Minister of Agriculture and Fisheries, Hon. Floyd Green (left), shares in conversation with Livestock Support Manager at Nutramix, Dr. Gabrielle Young, at a small ruminants artificial insemination workshop held at the Denbigh Agricultural Showground in Clarendon on August 4. Nutramix, in partnership with Goldmine Boers, hosted the workshop for approximately 45 to 55 goat farmers.

As part of the Government’s efforts to deepen the linkages between the tourism industry and the rest of the economy, an online tool has been developed for use by suppliers and buyers.

Making the announcement during his contribution to the 2013/14 Sectoral Debate in the House of Representatives, on Tuesday, July 2, portfolio Minister, Hon. Dr. Wykeham McNeill, said the programme provides a common area for buyers to identify needs and suppliers to meet those needs.

“Already, reports of positive benefits are coming in from the manufacturing sector. Just a day or two ago one manufacturer credited the Hub initiative with his success in landing an order from a large hotel operator. Additionally, discussions are in an advanced stage for the supply of furniture to a major hotel chain,” the Minister said.

Also coming out of the task force meetings, the EXIM Bank is creating a facility for receivables financing for suppliers who provide goods and services to the hotel sector, he further noted.

“This will be enormously useful in reducing cost and keeping valuable capital in the suppliers’ hands, without a protracted wait for payment,” Dr. McNeill informed.