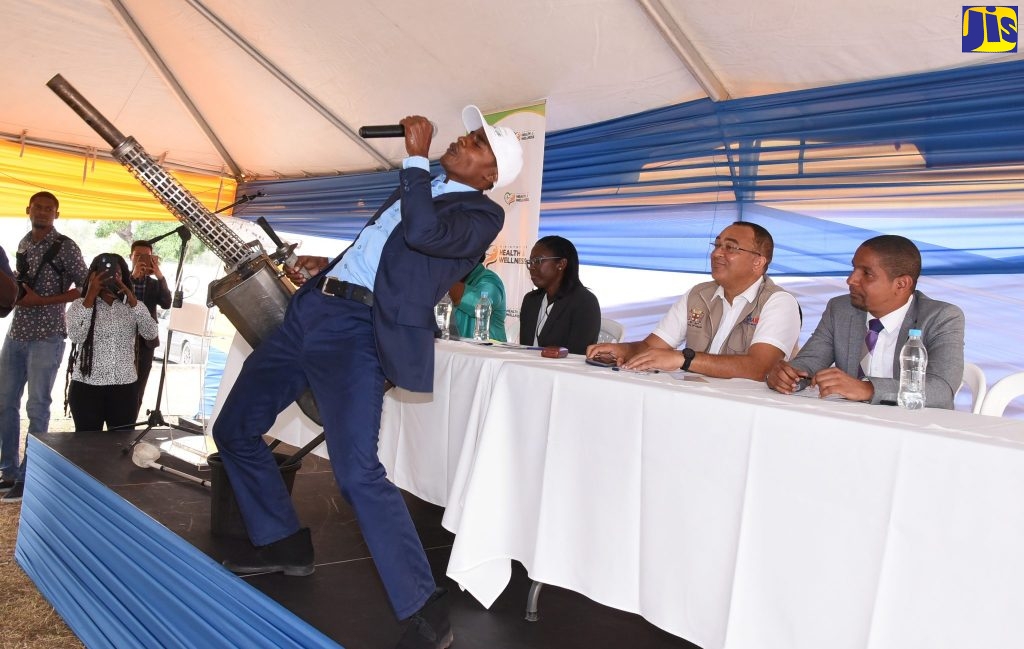 Information Minister, Senator Burchell Whiteman has said the government intends to hold to its targets for this fiscal year and would not be seeking new money to fund the additional expenses incurred by the passing of Hurricanes Dennis and Emily.
Speaking at Monday’s (July 25) post Cabinet press briefing at Jamaica House, Senator Whiteman said that based on a report from the Finance Team comprised of Governor of the Bank of Jamaica, Derick Latibeaudiere; Financial Secretary, Colin Bullock and Director of the Planning Institute of Jamaica (PIOJ), Dr. Wesley Hughes, all indications were that the administration would continue to seek to maintain its targets as far as possible without resorting to any extraordinary measures such as additional borrowing or a change of targets.
The report focused on the performance of the economy, and to some extent, the impact of the recent hurricanes on fiscal performance. “In other words, we are still seeking to hold to the objective of a balanced budget.we are intending to hold to our targets for the fiscal year and to accommodate our additional spending in the context of what has been provided so far and to use all the resources available to us to keep to those targets,” the Information Minister told journalists. He noted that while there was not yet a full report on the damage caused by Emily, it was known that its impact was felt mainly in the South and South West sections of the island.
The Information Minister informed that come August 8, a total consolidation of all requirements from the budget would be laid before Cabinet and at that time, a decision would be taken as to how all the additional expenditure would be accommodated.
He pointed out, that there would be adjustments to the supplementary estimates at the appropriate time. “The general message is, we are not seeking new money,” Senator Whiteman maintained.
Preliminary estimates released by the PIOJ last week, on the damage caused by Hurricane Dennis, which affected the island on July 7 was placed at $1.928 billion, with $1.1 billion for infrastructure and the remainder for agriculture and other impacted areas.