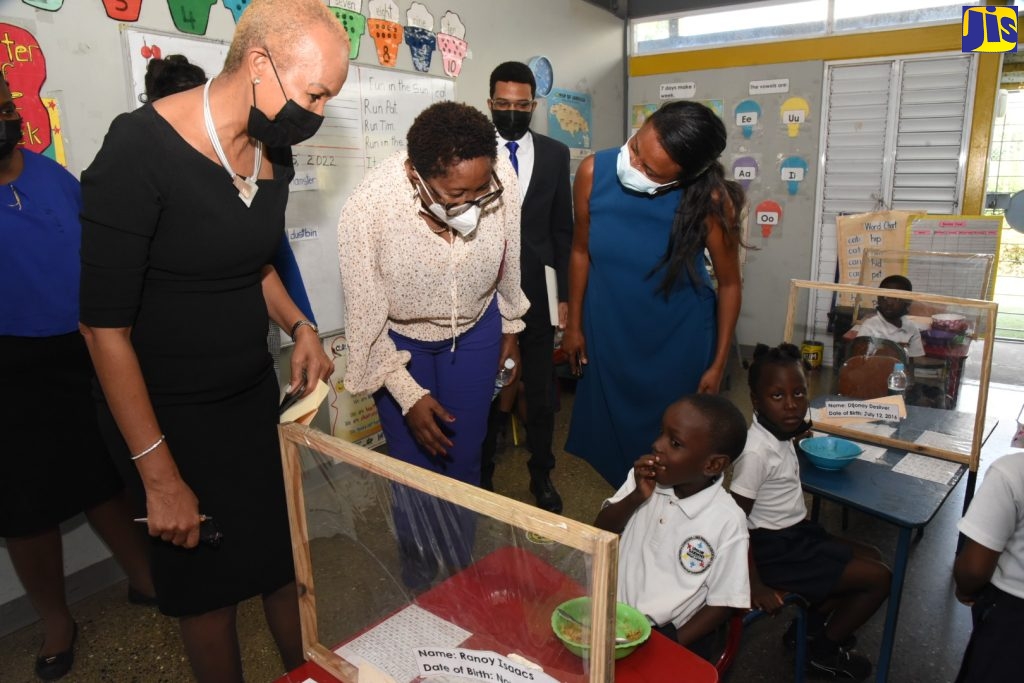 Culture
Written by: Ministry of Culture, Gender, Entertainment and Sport

The Ministry of Culture, Gender, Entertainment and Sport has gifted a bus to the Accompong Maroons to assist with transport challenges being faced by members of the historic community.

The Minister of Culture, Gender, Entertainment and Sport, the Honourable Olivia Grange, handed over the vehicle to the Colonel of the Accompong Town Maroons, Ferron Williams on Monday (January 4).

“This handing over of the bus is a symbol of the Government’s appreciation, and the Government’s recognition and respect of the Accompong community and all the maroon communities in Jamaica,” said Minister Grange.

The bus will be used to transport members of the Accompong community in St Elizabeth including performers and members of the leadership who have to attend important maroon events across the island.

“When we should leave from Accompong to Portland (to Moore Town and Charles Town) and Scott’s Hall (in St Mary) we usually have to pay roughly $95,000 to $100,000 per trip which we will have to cover three or four times per year.  [This bus] will help us tremendously in cutting costs,” said Colonel Williams.

He praised the Prime Minister, the Most Honourable Andrew Holness, and Minister Grange for the donation on behalf of the Government of Jamaica to the Accompong Maroons.

Minister Grange said the bus would also transport visitors on tours of the heritage-rich Accompong Town and help to boost the economy of the community, particularly during special commemorations.

The largest and most important commemorative event of the Accompong Town Maroons takes place on January 6 each year when they memorialise both the signing of the Peace Treaty with the British which happened 283 years ago; and celebrate the birthday of one of their most famous leaders, *Kojo.

Minister Grange said it’s important for all of Jamaica to recognise and pay tribute to “Captain Kojo who was the brother of National Hero, Nanny; as they both were part of a small band of black people who fought the British and beat them at their own game.”

Colonel Williams recalled with pride that the Accompong Maroons were “the first people to defeat a powerhouse in fighting as the British at the time were the mightiest of all.  We had to use strategies.  When I say we I’m talking about my fore-parents because I want to identify with them.”

The proud January 6 commemorations will go ahead with the usual support of the Ministry of Culture, Gender, Entertainment and Sport, but without the usual large crowd due to the necessary restrictions to prevent the spread of covid-19.

“You see, it’s a closely knit community and if one should catch the covid-19, it will be a disaster,” said Colonel Williams who added “I’ve been encouraging persons to stay at their homes.  In fact, I’ve gone to the outlying district asking that they stay home… So this year we will have it via zoom [and other online platforms].  So persons will enjoy it from the comfort of their homes.”

The online celebration of the 6th of January Accompong Maroon celebrations will be streamed live on the social media pages of PBCJamaica and the Jamaica Information Service, among others, beginning at 10:00 AM.

The theme of this year’s event is ‘Celebrating the Power of Our Heritage’.

Minister Grange has urged Jamaicans to join the celebrations online as we must continue to show respect to the memory of Captain Kojo as one of those who paved the way for us to be free people today.  We have to pay tribute to them and ensure their legacy lives on.”