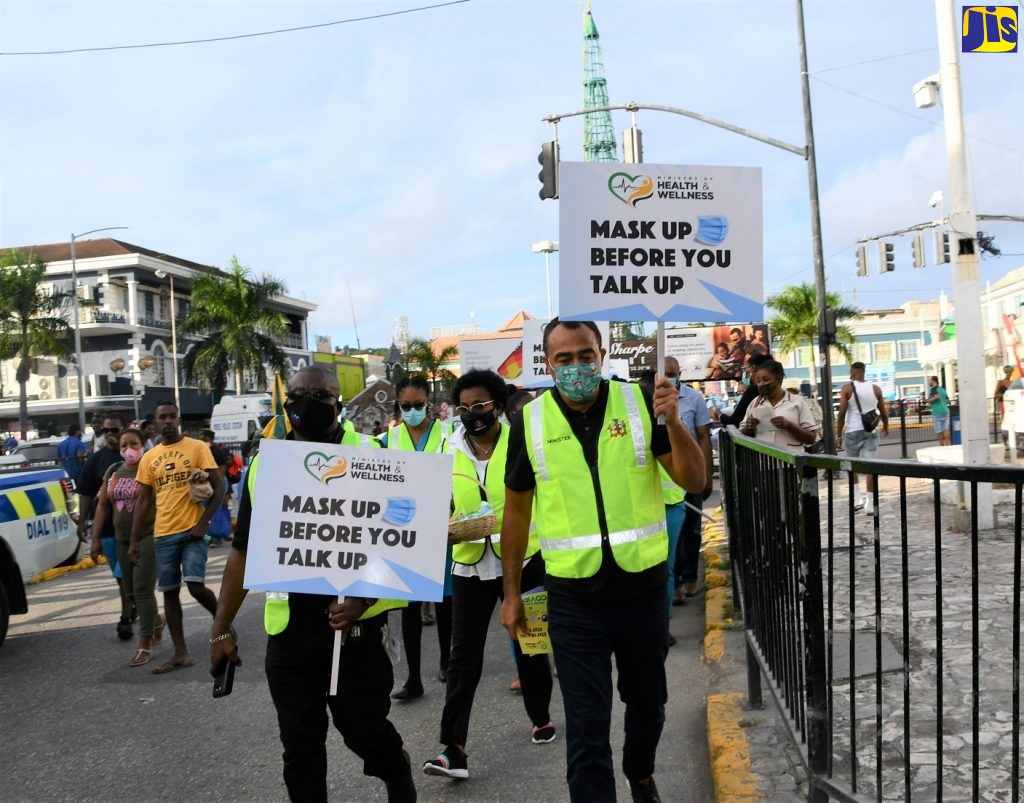 Minister of Health and Wellness, Dr. the Hon. Christopher Tufton (right), leads a team of healthcare workers attached to the St. James Public Health Services through the streets of Montego Bay on Thursday (November 26), following the launch of the Ministry’s ‘Mask Up before You Talk Up’ public education campaign at Sam Sharpe Square.

The United States (US) State Department has strongly dismissed an ABC News report, which claimed that Prime Minister. Hon. Bruce Golding, was a criminal affiliate of Christopher Coke.
ABC, in its news story, cited a “U.S. document” as the source of its information.
“I am not familiar with the report cited in that story,” said Assistant Secretary of State, Philip Crowley, at a news briefing held yesterday (May 26) in Washington, DC.
He said that the State Department was in full support of the efforts by the Government to apprehend Coke.
“We certainly support the efforts of the Government of Jamaica to strengthen the rule of law and arrest Christopher Coke,” he stated.
He told journalists that “the Government of Jamaica and the Prime Minister have taken bold steps in the last few days, and we continue to work closely with the Government of Jamaica to counter illicit trafficking. I would just simply say we here at the State Department have no information to substantiate that report.”
Mr. Crowley noted further that “to us, actions speak louder than words. It is the Prime Minister that signed the arrest decree and it is under his leadership that the Government is aggressively pursuing the arrest of Mr. Coke.”