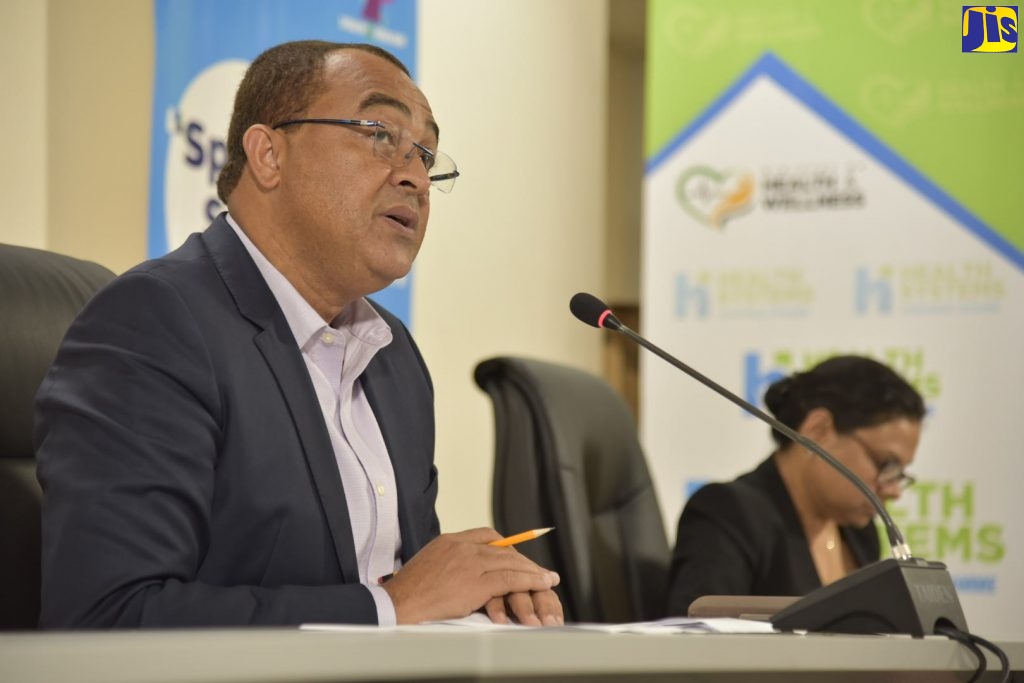 Minister of Health and Wellness, Dr. the Hon. Christopher Tufton, addresses the nation during a press conference at the Ministry, on Tuesday (April 7).

Two Bills were passed in the Senate on Friday (Dec. 15) to allow for the postponement of Local Government Elections for one year.
The Bills, which were piloted by the Minister of Justice, Senator A.J. Nicholson are titled: An Act further to postpone the holding of General Elections under the Parish Councils Act and An Act further to postpone the holding of a General Election under the Kingston and St. Andrew Corporation Act.
According to Senator Nicholson, the postponement of the local elections would allow for the completion of internal audits of the parish councils and to implement local government reform.
He told the Senate that, “all of the authorities that have been audited so far are operating in clear breach of the government procurement procedures regarding contracts. It is of the utmost importance that the remaining audits be completed, and that appropriate remedial measures be taken to ensure that local authorities are operating with the required standards of probity, ethics and accountability before the elections of the new councils”.
This is the second postponement of the elections, which were constitutionally due between March to June 2006. However, as a result of delays in finalizing the voters list, following the re-verification of the voters exercise, Parliament, in June, approved the Kingston and St. Andrew Corporation General Election (Postponement) Act, 2006 and the Parish Councils General Election (Postponement) Act 2006, which delayed the elections until no later than December 31, 2006.
In the meantime, a resolution moved by the Minister of Justice was passed in the Upper House on Friday, for the Senate to appoint a committee to sit jointly with a similar committee appointed by the House of Representatives, to consider and develop proposals for local government reform.
Members of the Senate that will sit on the committee are: Senator Noel Monteith, Senator Trevor Munroe, Senator Norman Grant, Senator Anthony Johnson and Senator Arthur Williams.