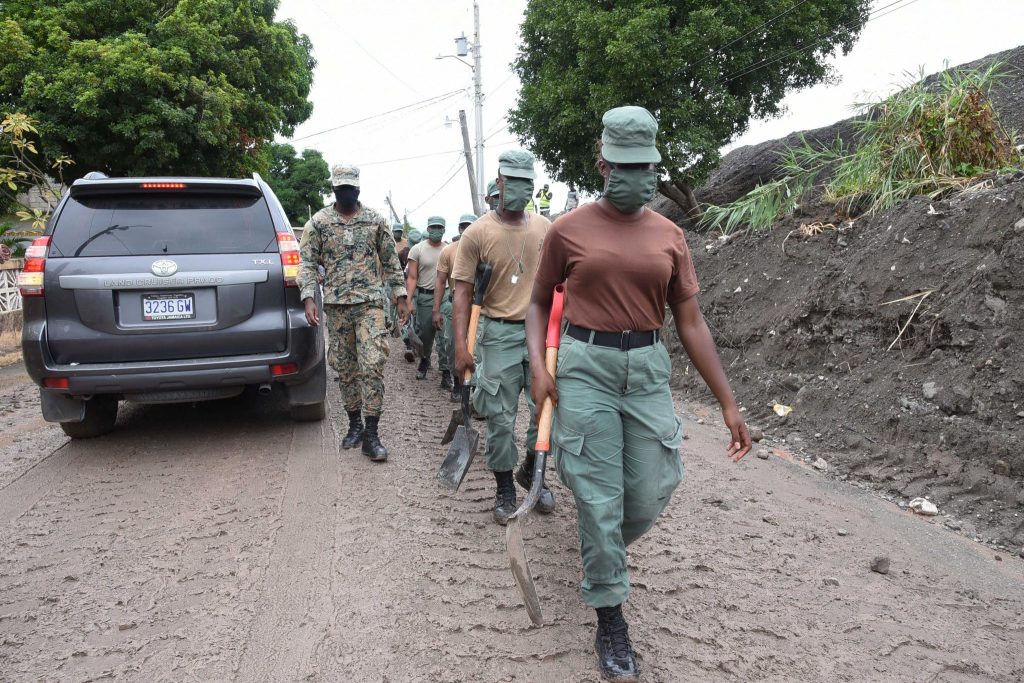 Members of the Jamaica Defence Force (JDF), with shovels in hand, prepare to remove silt and stones from roads and homes in Weise Road in Bull Bay, St. Andrew on Friday (November 20). The JDF commenced the clean-up exercise in the community on November 11 and will continue for several weeks.

Prime Minister Bruce Golding has challenged DHL Express to prepare itself to step up its services so that when Jamaica begins to take advantage of the duty free, quota free benefits offered under the Economic Partnership Agreement (EPA), it can interface with this new thrust to provide some of the critical services that will be required.
Mr Golding said countries like Jamaica are no longer a part of a little world but a village that is becoming smaller and much of the interaction is taking place in the form of commercial transactions. Jamaica, he said, must assert itself and jump on board as failure to do so could mean that the country will be left behind.
Mr Golding was speaking on Saturday night (March 15) at the 20th anniversary reception of DHL Express at the Jamaica Pegasus hotel.
He said Jamaica can no longer go into the future with the precarious dependence on primary products such as sugar, banana and bauxite.
“We cannot afford this not only because the markets for these products are so volatile and our competitiveness is so often overtaken by other countries, but there is so much more value and more assurance if we are able to have a range of products that are penetrating different markets. So that even if there is a market downturn in some commodities, we know we are not so dependent that they can undermine our own economy,’ he said.
Mr Golding said that Jamaica is trying to position itself to find a niche in the enormous market of 450 million people in Europe, to demonstrate the quality and uniqueness of our goods under Brand Jamaica.
Mr Golding said that another area of opportunity for DHL services could be the area of air cargo. Jamaica, he said had done tremendously well as a transhipment port for sea vessels based on its strategic location to North America, Latin America and Europe. He said through the Minister of Transport and Works, Mike Henry, a study has been commissioned to deal with the establishment of an air cargo transhipment hub in Vernamfield and as soon as this is completed, government would be meeting with investors on its implementation.
DHL’s CEO for International Americas, Mr Steve Garside, announced that Jamaica is now rated number 5 out of 50 countries for improved quality of service and last year the company opened a new state of the art gateway in Kingston and will be opening another one in Montego Bay soon. The company operates 365 days a year with an aircraft fleet of 350 and has been voted the most global company in the world.