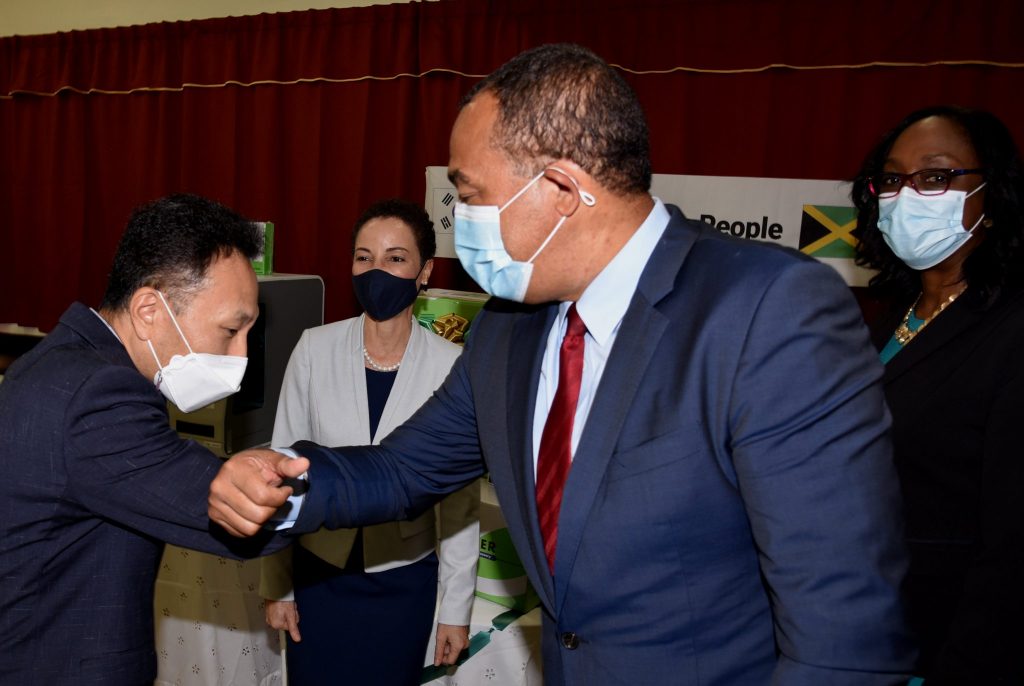 Industry and Tourism Minister, Aloun Ndombet-Assamaba has said in order to effectively combat poverty in Jamaica, there is a need to look beyond the traditional charity approach.
“We need to do this because we have seen instances where the phrase, “nutten nah gwaan fi mi” is being so often repeated that it becomes accepted as a permanent way of life that breeds a dependency on handouts,” Minister Assamba noted.
Her comments came today (April 21) at a forum titled “Partnerships for the Alleviation of Poverty” that was organized by the Kingston Restoration Company (KRC) as part of its project, the Action Research Initiative. The forum was held at the Mona Visitor’s Lodge on the Mona Campus of the University of the West Indies.
To turnaround their circumstances, the Minister said, it was important for persons stricken with poverty to understand that “success does not happen by chance”.”[Success] must be planned for and relentlessly pursued. There is no shortcut.for people to earn money, they must receive training, gain a solid grasp of business principles, and forge strategic partnerships,” she added.
To this end, she highlighted the fact that the Government as well as non-governmental organizations had initiated a number of programmes, separately and in joint partnerships, to bring economic prosperity to the poor.
According to the Minister, several of the Government’s policies and programmes coupled with private sector initiatives that targeted funding for small or entrepreneurial businesses resulted in the creation of 17,151 new jobs last year, an increase of 30.3 per cent compared to 2002.
Minister Assamba said she welcomed the work of the KRC’s Action Research Initiative as it helped to explore and “clearly define blockages and bottlenecks to the successful implementation of poverty alleviation programmes and to formulate effective and workable solutions, strategies and policies to address these issues.”
She observed that the Ministry of Industry and Tourism had brokered strategic alliances with Self Start Fund, the Jamaica Business Development Centre and Micro Investment Development Agency (MIDA), which have resulted in a more collaborative relationship that better served small entrepreneurs and entire communities.
The Action Research Initiative (ARI) is a project arising from the KRC. Funded by the United Kingdom Government’s Department for International Development (DFID), the ARI was born out of a need to address problems identified under the Jamaica Urban Poverty Project (JUPP), which was established to tackle poverty in select inner-city communities.
Representing a partnership between the KRC, the University of the West Indies and the University of Technology, the ARI was founded as a response mechanism to address the inherent weaknesses identified in the execution of JUPP.
The forum, which is being held over a two-day period, lists among its aims: as bringing together members of different interest groups to initiate and encourage greater interaction; presenting key information on the area of “poverty and partnerships” to facilitate knowledge sharing and building; identifying and discussing the obstacles and incentives to public and private sector partnerships; and examining the level, scope, and nature of the present involvement in poverty alleviation and eradication by represented groups in the public and private sectors.
The forum ends Thursday, April 22.