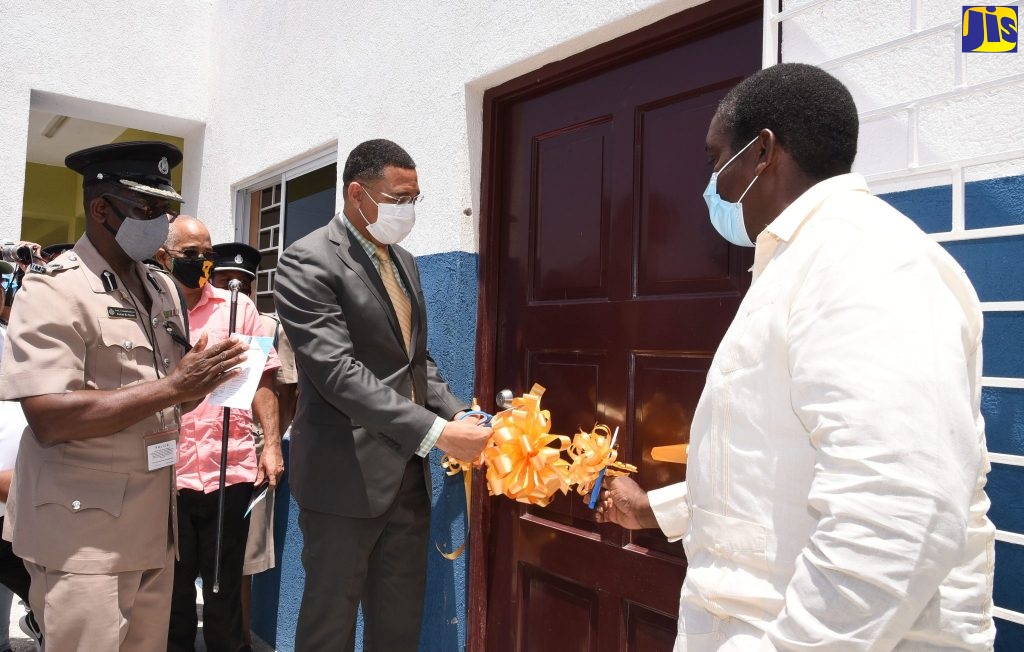 Juvenile facilities to get attention

KINGSTON — The Ministry of National Security will be carrying out assessments to determine the extent of work required to improve the physical state of the island’s juvenile facilities.

Portfolio Minister, Senator Hon. Dwight Nelson, addressing a press conference after a tour of the Metcalfe Street Juvenile Remand Centre for Boys on April 5, where extensive rehabilitation work is being undertaken, said that “a number of other facilities” will be explored to ascertain the level of work required.

“Once we would have completed this (Metcalfe Street project), and once the juveniles… have been moved, we’re going to have to look at one or two other facilities to determine what we do with them,” he said.

With the West Kingston-based centre to accommodate boys only, Minister Nelson said “we will have to turn our attention to the girls, because there are girls in places that we need to ensure that their care, and how we address and how we deal with them with equal standards as we are inputting here”.

Meanwhile, Acting Commissioner of Corrections, Lt. Col. Sean Prendergast, who led Tuesday's tour, said that the Department and Correctional Services (DCS) and the Ministry, are working with the residents of Hannah Town, Wilton Gardens (Rema), and Trench Town, which border the remand centre.

He said the engagement started several months ago, through a number of community meetings, “alerting them to what was happening”.

“They saw the construction, (and) we made sure that they were aware at all stages along the way, of what was happening and what the intentions were. The impression I got at the various meetings that we have had with them is that they are very supportive of what we are doing and they are looking forward to the opening of the facility; because,…they realise that it will benefit the community,” he said.

He indicated that not only will community members be hired as ancillary workers, but the “visitors that will turn up on the doorsteps of this facility to visit the juveniles will need to interact with the community to get lunch, buy refreshments, and so on, so it will bring some economic benefits to the community as well and I think they are eagerly awaiting the prospects."

He noted that the facility has been designed in such a way that “we will be able to secure the juveniles while interacting in a meaningful way with the community".

As it relates to the recruitment of uniformed and other staff, the Acting Commissioner said that some 347 personnel will be required to man the facility on a 24-hour schedule, seven days a week.

He informed that recruitment of uniformed officers started in December 2010, with the first of two intakes currently undergoing training at the DCS’ Carl Rattary Staff College in St. Ann.

He noted further that DCS has also been advertising for civilian staff and recruitment has commenced, and “hopefully, within a short time, we will have the staff required for the complex".

The complex, which previously housed an adult remand centre, is being refurbished by the Government at a cost of $168 million to accommodate 208 juvenile offenders, aged 13 to 17 years, who are currently being detained in police lock-ups.

The upgrading work, which began in April 2010, is being carried out by the Jamaica Defence Force’s (JDF) Engineering Regiment.