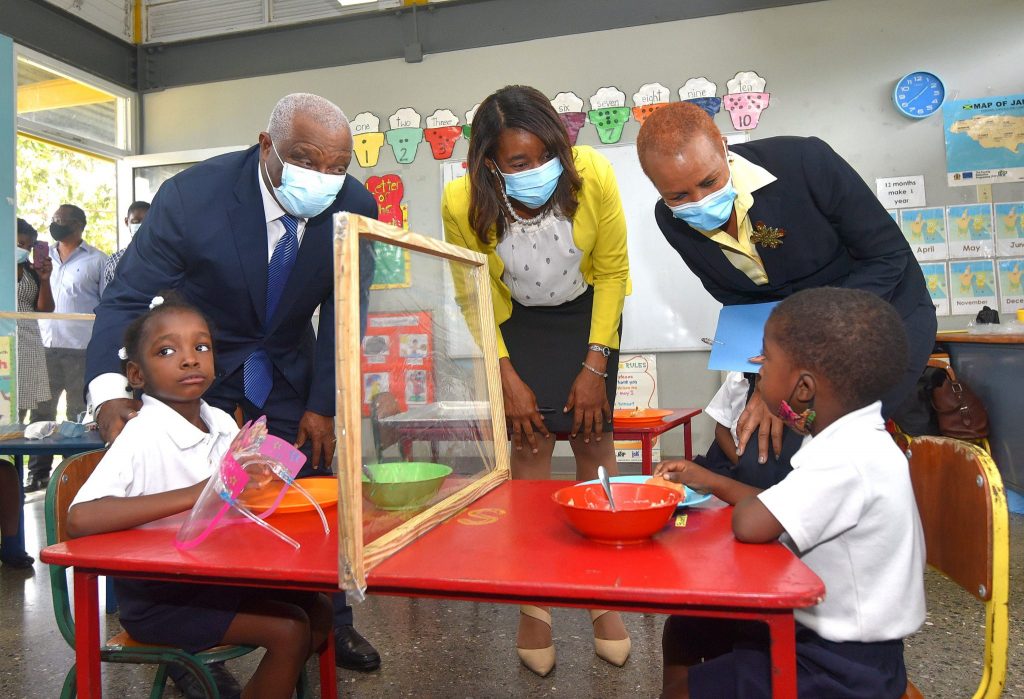 Jamaica is to receive budgetary support amounting to €9.2 Million or JMD$1.3 Billion in two disbursements from the European Union.

The disbursement is in addition to €7 Million already paid in September.

This was announced by EU Commissioner for Development Mr. Andris Piebalgs during a meeting with Minister of Finance and Planning, Dr. the Hon. Peter Phillips.

Dr. Phillips is in Washington taking part in a series of meetings with counterparts at the 2013 Commonwealth Finance Ministers’ Meeting (CFMM), and to meet with the top leadership of the International Monetary Fund (IMF), the World Bank and the Inter-American Development bank (IDB).

The two disbursements relate to programmes supporting the continued and successful implementation of the Jamaican Strategy for the Adaptation of the Sugar Industry 2006-2020. More particularly, they aim at improving the standards of living and well-being of the Jamaican communities living in sugar dependent areas.

The programme has contributed to creating a commercially viable sugar cane industry by the completion of the sector privatisation and social developments which include alternative livelihoods which have been supported with 5.300 micro-grants approved to vulnerable workers; and improved facilities (including housing) and services at schools and clinics granted to displaced workers and their families.

The Government of Jamaica remains committed to Macro-economic stability policies and is making every effort towards Public Finance Management (PFM) Reform.

The Cabinet has demonstrated its steadfastness especially in to the reform agenda by most recently approving the Public Financial Management (PFM) Reform Action Plan. The definition of a clear coordination mechanism with donors and follow up of the reform is also appreciated.