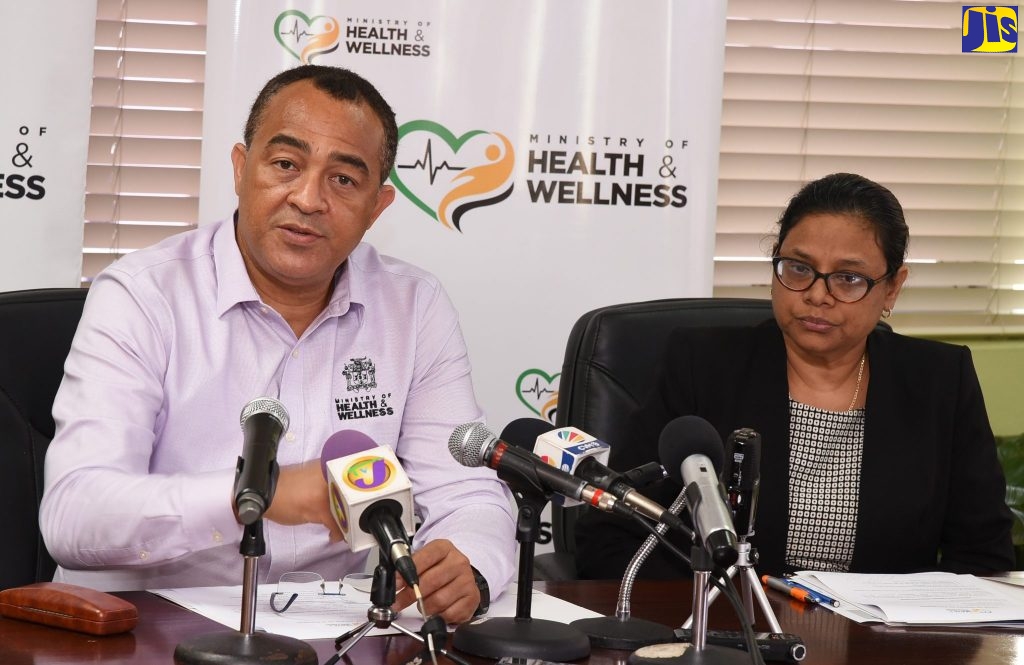 Minister of Health and Wellness, Dr. the Hon. Christopher Tufton (left), responds to questions from journalists during a media briefing at the Ministry’s offices in New Kingston on Thursday (February 27) to provide an update on the novel coronavirus (COVID 19). Beside him is Chief Medical Officer in the Health Ministry, Dr. Jacquiline Bisasor McKenzie.