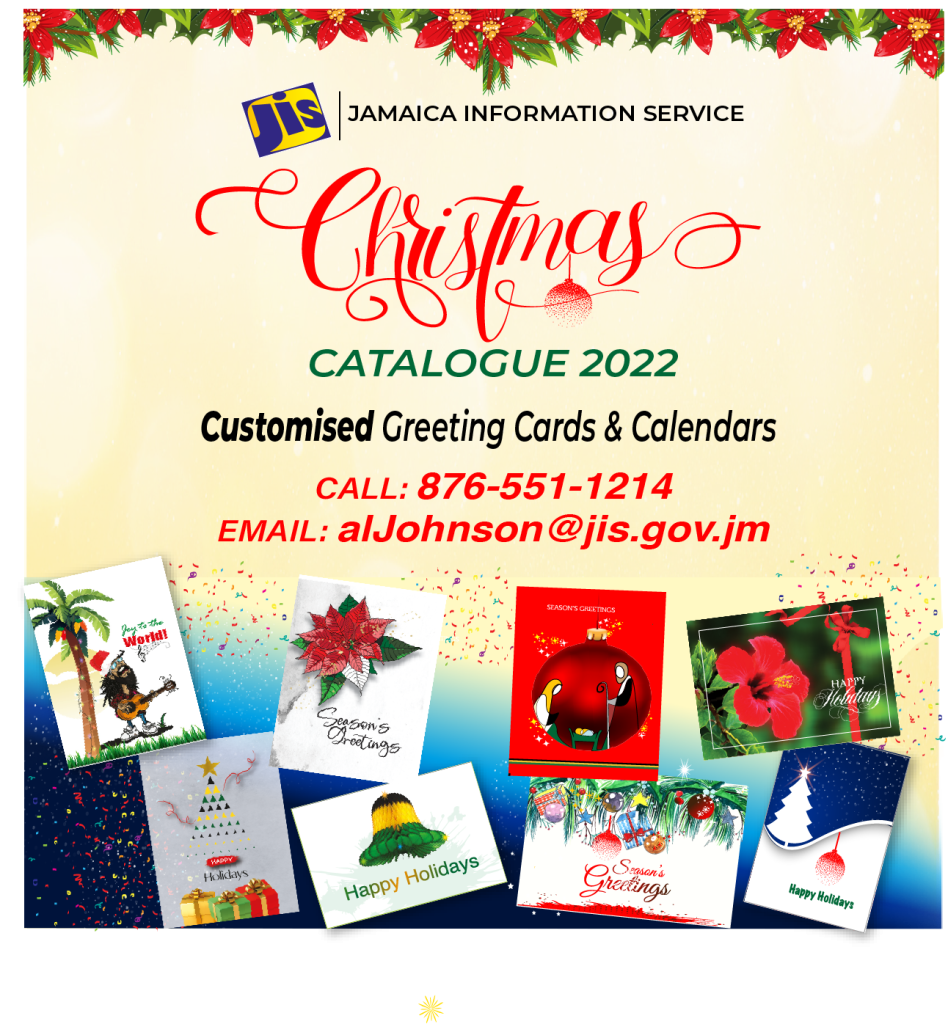 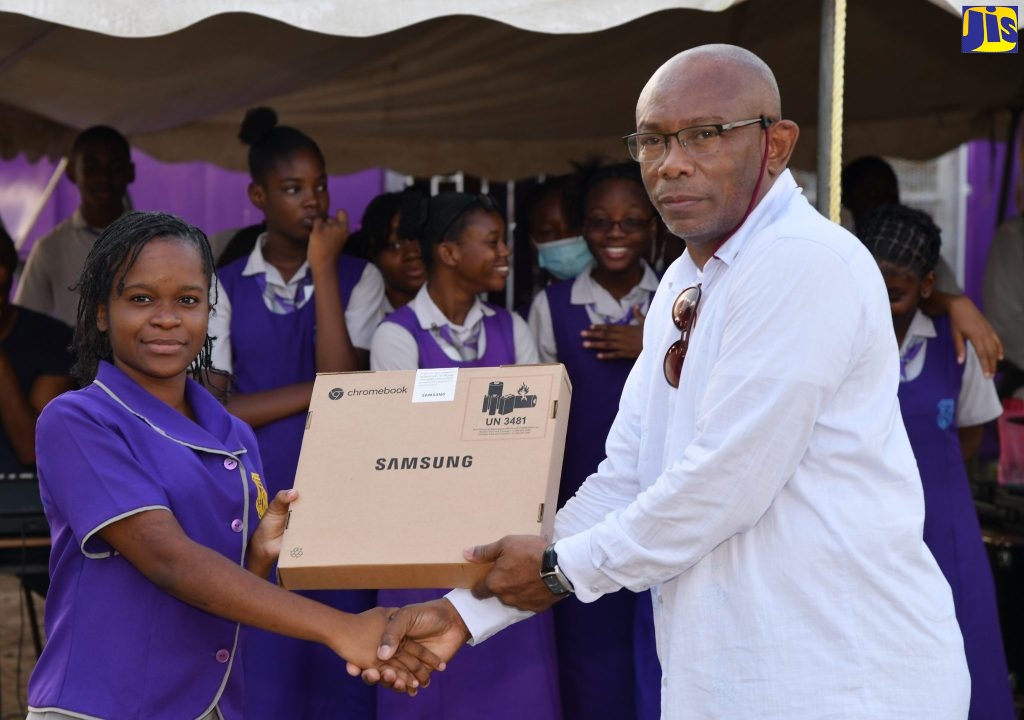 Ascot High School student, Krishana Anderson, receives a new Google Chromebook laptop computer from President of the institution’s Parent-Staff Association (PSA), Morris Johnson. The presentation was made during the morning devotion exercise at the school, in St. Catherine, on Monday (November 28).

Heritage Week 2015: The Blue and John Crow Mountains on the World Stage

Often when Jamaica’s rich cultural heritage comes up for discussion the topics range from iconic music artistes to our collage of culinary treats. But Jamaica’s natural gifts, its indigenous flora and fauna and sprawling mountain ranges, are also considered as part of our cultural legacy. This year, with the UNESCO designating the Blue and John Crow Mountains a World Heritage site and the theme for Heritage week being “Jamaican Heritage Impacting the World”, we will examine the place of pride Jamaica’s natural terrain holds among the other great heritage sites of the world.

The Blue and John Crow Mountains was inscribed on the World Heritage List in July 2015.

The mountain range joins a list of iconic sites such as the Great Wall of China, The Pyramids of Giza in Egypt, The Taj Mahal of India, Acropolis of Athens, Great Barrier Reef in Australia, as well as the Pitons in St. Lucia.

World Heritage status is given to natural and cultural sites across the globe that are considered to be of Outstanding Universal Value (OUV), meaning they possess cultural and natural significance which is so exceptional as to transcend national boundaries and are of common importance for present and future generations of all humanity. What is the Blue and John Crow Mountains?

The Blue and John Crow Mountains National Park is located on the eastern end of Jamaica. It spans sections of the parishes of St. Andrew, St. Thomas, Portland and a small section of south-east St. Mary

It is the largest contiguous area of natural forest in Jamaica, protecting 193 acres of forest on mountain slopes, comprising 10 of the island’s 26 watershed management units spanning four parishes and 4.4% of Jamaica’s land surface.

The mountains of the park dominate the skyline of Eastern Jamaica. The highest point in the island, Blue Mountain Peak (2,256 metres) is in the southern region of the park.

A cloud forest, also called a fog forest, is a generally tropical or subtropical, evergreen, montane, moist forest characterized by a persistent, frequent or seasonal low-level cloud cover, usually at the canopy level.

The cloud forests of the Blue and John Crow Mountains National Park are over 1,000m high.

The forest of the Blue and John Crow Mountains is made up of large trees such as Juniper Cedar (Juniperus lucayana), Blue Mahoe (Hibiscus elatus) and Soapwood (Clethra occidentalis) and smaller shrubs such as Hot-lips (Cephaelis elata) and Jamaican Rose (Blakea trinervia). Many of the plants in the forests  are epiphytes like the Climbing Bamboo (Chusquea altifolia) and grow harmlessly on the trunks of trees to capture the sunlight and rain, whilst others spend all their lives on the branches of trees, like orchids and bromeliads.

Ferns and other plants that like a lot of water are common in the Blue and John Crow Mountains including tree ferns. This is an ancient type of plant, believed to have been around since the Age of the Dinosaurs.

Animals of the Blue and John Crow Mountains

The Blue and John Crow Mountains is the last large area of untouched natural forest for many of Jamaica’s endemic species.

The forest is the last of two known habitats of the Giant Swallowtail Butterfly (Pterourus/Papilio homerus) – the largest butterfly in the Western Hemisphere. The Cockpit Country is the other location but the population there is much smaller than the   population of the Blue and John Crow Mountains. Many other animals make their home within and around the Blue and John Crow Mountains including four of Jamaica’s six endemic snakes. All are non-poisonous including the largest and most impressive of them – the Jamaican Boa (Epicrates subflavus).

Jamaica has 23 species of native frogs. Frogs are the only amphibians native to Jamaica and they are distributed in two major centres across the island – the Cockpit Country and the Blue and John Crow Mountains. The BJCMNP supports 11 of the 23 endemic frogs, five of which are endemic to the National Park. How the Blue and John Crow Mountains Impacts you

Although far removed from the hustle and bustle of daily Jamaican life, the BJCM has quite a  significant impact on the human population of the island.

Climate Change Mitigation and Adaptation – The trees and plants of the forest absorb carbon dioxide which reduces global warming and mitigates the effects of climate change. The forests also produce the oxygen we need to breathe and purify the air.

Soil Conservation – Forests help reduce soil erosion including landslides which can damage roads and other infrastructure.

Water Supply – the Blue and John Crow Mountains National Park supplies over 40% of the population of Jamaica with domestic water.

Recreational Opportunities – Hiking and camping at Holywell and the Blue Mountain Peak Trail/Portland Gap are popular pastimes for tourists and nationals alike. Trails, which pass through the National Park e.g. Cunha Cunha Pass Trail and outside the National Park, are frequented by persons who wish to get a closer look at Jamaica’s natural beauty.

Agricultural, Horticultural and Pharmaceutical Products – There are a wide variety of plants within the BJCM which may be of use for pharmaceutical or other purposes, e.g. craft.

The Blue and John Crow Mountains and Jamaica’s Culture

The rugged landscape, lush forests and numerous water sources were used by the Windward Maroons to wage a successful guerrilla warfare against the British. The signing of the Peace Treaty in 1739 gave the Maroons their sovereignty and brought the war to an end. There are three main Windward Maroon communities: Moore Town in the Rio Grande Valley, Charles Town in the Buff Bay Valley and Scotts Hall in the Wag Water River Valley. The two groups most closely associated with the Blue and John Crow Mountains National Park are those at Moore Town and Charles Town.

The music of the Moore Town Maroons has been recognised by UNESCO as a “Masterpiece of Oral and Intangible Heritage”. The Maroons still retain many traditions in their governance, music, dance, drumming, cuisine and use of herbal remedies amongst others. They serve as living reminders of Jamaica’s rugged colonial past and the integration of man and nature in Jamaica’s history. http://www.blueandjohncrowmountains.org/ (A Website of the Jamaica Conservation and Development Trust) 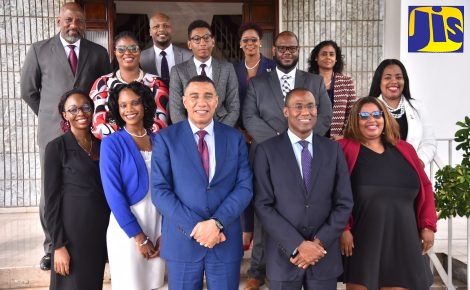 While many young people shy away from a career in the public sector, Annabelle Jones has set her sights on becoming a career civil servant. … 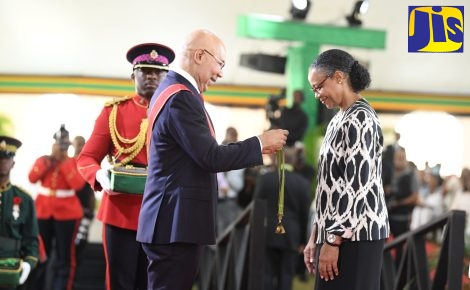 Service to one’s country is one of the highest forms of patriotism. For marine biologist and ecologist Professor Mona Kay Webber, who has dedicated over …