Sub-Officer in charge of the Above Rocks Police Station in St. Catherine, Sergeant Garfield Wallace, was not surprised that his team walked away with the coveted Top Station award for Area 5 in the recently held Transforming Our Police Service (TOPS) Competition.

He tells JIS News that the lawmen have set a high standard for themselves in terms of customer service delivery, which was the major focus of this year’s competition organised by the Police Civilian Oversight Authority (PCOA).

“The practices that we were assessed on are what we do on a day-to-day basis, so it was just a case of us just doing our jobs and, as a result, being awarded. I think we were recognised based on the commitment by the entire staff, from the ancillary workers to the sergeant in charge. We were very much a team and, as a result, the team was victorious,” he adds.

Thirty-nine police stations in the four divisions were inspected as part of the awards scheme.

As part of the assessment process, PCOA conducted surveys in communities that are in the divisions of the participating stations to assess how citizens feel about the quality of customer service being offered.

“It is one thing to look at the administration of the station but we also have to factor in how people who are accessing the service or people, who need the service feel about it, in order to improve it,” PCOA’s Chief Executive Officer, Otarah Bayfield, tells JIS News.

She notes that the emphasis on customer service is directly related to the objective of the TOPS competition, which is to improve and strengthen public confidence in the JCF.

“We feel that in going forward with any change and transformation of the JCF, we have to get an understanding on the ground of how the customer, which is the public, feels about the police in general and the kind of service that they get from the police in their community. By getting that understanding, we are able to build programmes around what we have found to improve it,” she points out.

Sergeant Wallace tells JIS News that initiatives such as the TOPS Competition, are important in boosting the morale of police officers.

“For persons who toil all year round, small incentives like these and the recognition makes they feel like they are seen as a force for good. If an organisation knows that it will be held to a particular standard and it is accepted by the entire team, then you will find a level of participation, which will cause some difference in the delivery of service,” he adds.

Sergeant Wallace tells JIS News that the team at the Above Rocks Police Station views excellent service as crucial to serving citizens.

“Customer service is both internal and external and the more you practise it internally then it will trickle down to the wider society. It is an ongoing process; therefore, we can improve and we take constructive criticism,” he says.

“We can also ensure that it is ingrained in the officers the importance of providing good service to persons who come into the station, that we treat each other with respect and work more cohesively as a team to serve the community,” he adds.

Sergeant Wallace notes that the dedication to good customer service has facilitated a sustained positive relationship with the members of the community, who have expressed pride in the station’s accomplishment.

“They have reached out and congratulated us. Even persons who now live abroad have shown appreciation for this recognition. They are even prouder than the officers for this achievement because they say their police is the top police,” he says.

“We also had sessions with taxi operators to assist them to get proper route licences and financial advice, and advised farmers about how to reduce the risk of praedial larceny. We also created a space where youngsters can come in and use our Wi-Fi to do their schoolwork,” he informs.

As Sergeant Wallace looks to the New Year, he is hoping to continue working with citizens to create a safer space for them to live, work, conduct business and raise families.

“We want to ensure that when you hear of Above Rocks, you would want to know what is taking place there. Our goal is to deliver an exemplary service that will create an atmosphere that people will always see the police as a force for good,” he adds.

The PCOA was established to operate as a mechanism separate from the JCF to ensure accountability, adherence to policy guidelines and observance of proper policing standards by the Force. 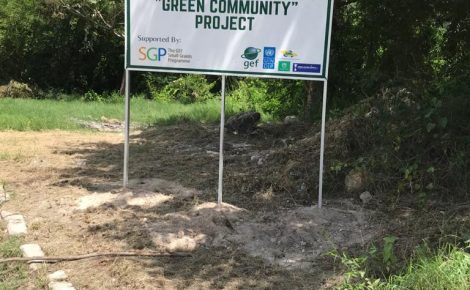 JCCYC Calls On Young People To Become Advocates For The Environment

As the Jamaica Climate Change Youth Council (JCCYC) approaches its fourth anniversary, the organisation is looking to inspire the next generation of young people to …

Fear Of Contracting Deadly COVID-19 Drives Elderly To Get Vaccine