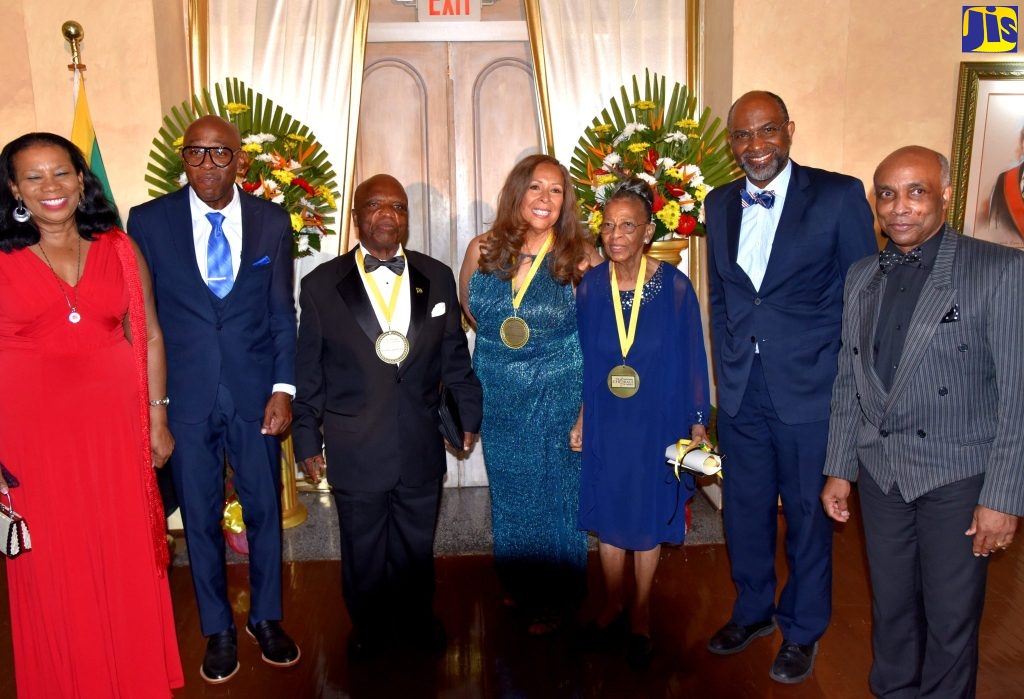 The 2018/19 Financial Year officially begins today (April 1), with the Government projecting to spend $773.6 billion for the year.

When former Minister of Finance and the Public Service, Hon. Audley Shaw, tabled the 2018/19 Estimates of Expenditure in the House of Representatives in the afternoon on Thursday, February 15, the document outlined that the Government expects to spend $560 billion for Recurrent (house-keeping) expenses and $213.6 billion on Capital (development) projects for the year.

Before the tabling of the Estimates, Governor-General, His Excellency the Most Hon. Sir Patrick Allen, delivered the Throne Speech, outlining the programmes and policies to be pursued by the Government during the year.

The fight against crime remains a major national priority, with the Government committing additional resources and support to the security forces for the 2018/19 fiscal year.

The Governor-General noted that organised crime, along with the violence and homicide it produces, is the biggest threat to citizens’ security and continues to stymie the growth and prosperity of the country.

He said the Administration will be seeking approval for a number of legislative measures designed to improve crime-fighting efforts and better enable law-enforcement agencies to interdict criminals.

In addition to the legislative measures, the Government will continue to focus on strengthening its administrative and technological capabilities, crime-prevention and community safety measures, and rehabilitation and redemption.

The justice system will also be given special attention in order to reduce the backlog of cases and improve efficiency and effectiveness.

The Governor-General said the Government has committed to enabling growth and national development through a sound and predictable macro-economic policy framework that maintains low inflation, a stable exchange rate and competitive interest rates; and improving revenue administration by creating a simple, equitable and
competitive tax environment to enhance growth and ensure greater compliance.

Other areas of focus highlighted in the Throne Speech include programmes to rehabilitate and make new investments in critical health infrastructure; accelerating construction of affordable housing and providing greater access to funding; construction and maintenance of water and irrigation systems; commencement and completion of road projects to ease congestion and improve road safety and security; and scaling up progammes to reach more unattached youth.

Social programmes for protected groups will continue to receive priority with respect to the allocation of resources, to ensure that overall spending in these areas is not eroded by inflation.

Included are programmes for youth employment, poor relief, children’s homes and places of safety, school feeding, the elderly, and pregnant and lactating women.

Special attention will be placed on the Programme of Advancment Through Health and Education (PATH), which targets some of the most vulnerable segments of the population – children and students aged zero to 19 years; the adult poor, including the disabled, elderly, pregnant and lactating mothers and the destitute Measures to establish a National Identification System (NIDS) will be advanced with the National Identification and Registration Authority Regulations to be developed and tabled in the House by September 2018.

Work will continue to digitise the records of the Registrar General’s Department (RGD); develop processes to link the records of births and deaths to prevent identity theft; commence transformation of the RGD into the National Identification and Registration Authority; and establish a National Address Database, which will indicate
where all parcels of land are located within the island in order to support the enrolment of persons in the NIDS.

The Government will embark on an aggressive legislative agenda to support its strategic priorities to ensure food security, sustainable use of agricultural land and fisheries resources, and facilitate an enabling local business environment.

Fire stations will be constructed in Montego Bay, Port Maria and Yallahs, two drop-in centres in Trelawny and St. Thomas, and homes built for indigent persons.

The Government will be putting measures in place to increase protection of women and girls with the tabling of the Sexual Harassment Bill this year.

The proposed Gender Advisory Council is also to be established.

The necessary legislative work and amendments to the various laws regulating entertainment will also
be done in parallel.

As it relates to education, five new schools are to be constructed, while money is to be provided from the e-learning budget to assist in the sustainability of information and communications technology (ICT) in schools from the early-childhood to secondary levels.

The support programme for children zero to three years will be given focus, and the Early Childhood Rationalisation programme continued.

When Prime Minister, the Most Hon. Andrew Holness, made his contribution to the 2018/19 Budget Debate in the House on March 20, he emphasised that achieving economic growth and curbing crime remain national priorities.

The Prime Minister argued that if Jamaica is to grow and develop into the desired inclusive, nurturing and caring society, Government spending will have to be “reprioritised towards critical growth areas, infrastructure spending and poverty alleviation.”