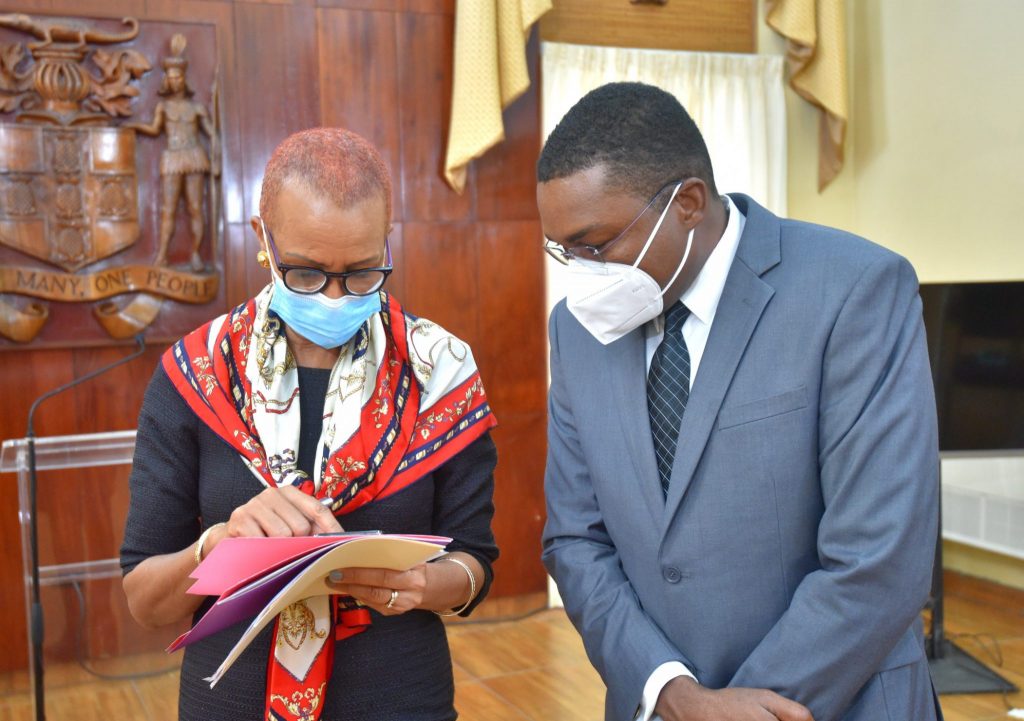 The Health Corporation of Jamaica (HCL) during the 2003/04 fiscal year, continued to offer valuable procurement, warehousing and distribution services to the Jamaica Drugs for the Elderly Programme (JADEP) and the national HIV/AIDS programme.
As set out in the Corporation’s report, which was recently tabled in Parliament, some 37 pharmaceuticals were made available to JADEP beneficiaries for the treatment of chronic illnesses, while sales to the programme valued $36.8 million, which was $2.6 million more than the forecasted sales of $34.2 million. In addition, a total of 1,080 requisitions were processed for JADEP providers. HCL is the sole provider of procurement, warehousing and distribution services to JADEP.
Meanwhile, the company continued its thrust to serve HIV/AIDS patients through its Drug Serv pharmacies. The results from a survey showed that pharmacists employed to Drug Serv pharmacies were more knowledgeable about HIV/AIDS medication than other local pharmacists. In general, fourth quarter price survey results showed that prices of pharmaceutical items at Drug Serv Pharmacies were on average 67 per cent lower than the average competitor’s price.
During the review period, the Health Corporation continued to provide effective support for the Ministry’s immunization programme by receiving, storing and issuing vaccines. The total of 248 requisitions processed represented a 54 per cent increase when compared with the previous year’s total.
Further, the company continued to provide anti-cancer medications at discounted prices to the general population through facilities at its headquarters and at Drug Serv pharmacies. Sales revenue for anti-cancer medication showed an increase of 24 per cent at the company’s headquarters with the majority of this increase credited to an increase in the dispensing of prescription items.
The Health Corporation Limited is a government-owned limited liability company established by the Ministry of Health in 1994, in keeping with its mission of decentralizing some of its functions, with a view to creating a more viable and effective drug and medical supplies system to meet the nation’s health care needs.
Support for the Ministry’s objective to reduce the cost of pharmaceuticals to both public and private clients is being achieved through the establishment of retail pharmacies under the company’s Drug Serv Programme. There are currently eight Drug Serv pharmacies in operation.