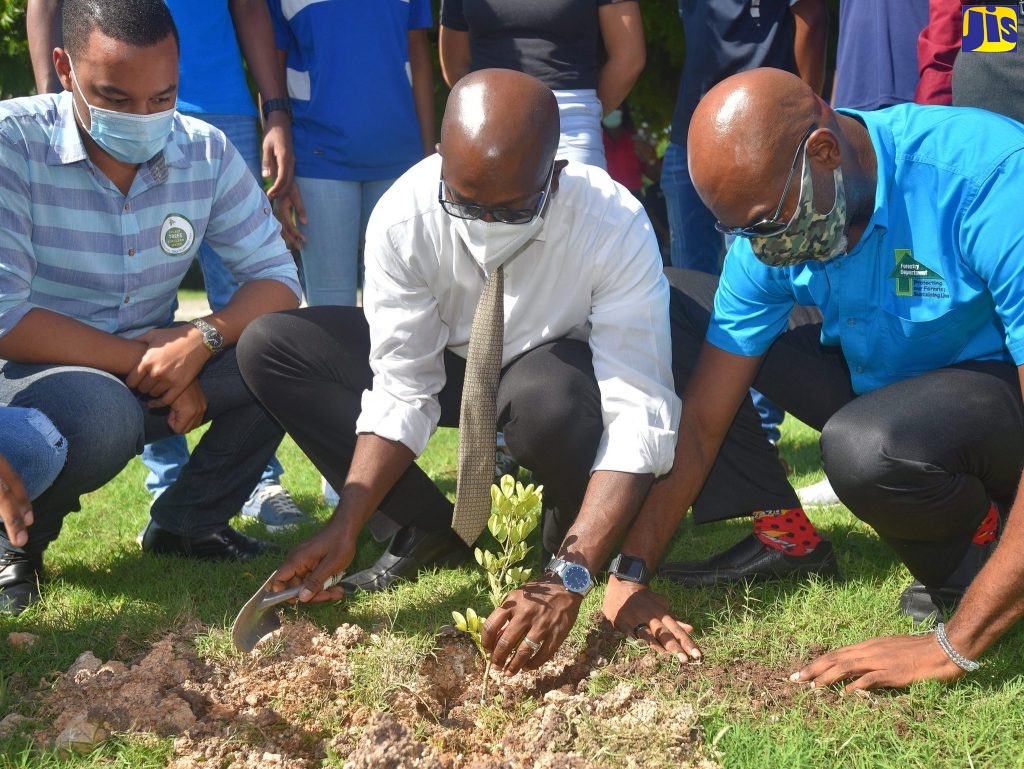 Country To Save Much With Implementation Of LNG Project

Minister of Energy and Mining, Hon. James Robertson, has informed that implementation of the Government’s Liquefied Natural Gas (LNG) project, is expected to save the country some US$1.2 billion in energy costs.
“It will be a turning point when this project is implemented in the first quarter of 2013,” the Minister said, at a post-Cabinet press briefing at Jamaica House, on June 16.
The Energy and Mining Ministry has been working to source cheaper alternative fuel, primarily LNG, and is in the process of implementing the LNG project, aimed at diversifying the country’s energy source and improving energy efficiency and security.
Mr. Robertson said that according to the Government’s Technical Advisors on the LNG project, CH-IV International, for every year that inefficient generators are used to provide electricity to the grid, excluding the bauxite/alumina industry, it is costing the country US$300 million.
Describing the project as “very complex”, the Minister said that the Government has been investing heavily in the development of this undertaking for some time. He noted that a grant of US$5.3 million was received or pledged from the PetroCaribe Development Fund.
Under the PetroCaribe agreement of 2005, between the Governments of Jamaica and Venezuela, the Fund was created with the mandate to receive loan proceeds which accrue to Jamaica, provide loan financing for approved projects, receive loan repayments from borrowers and to meet the debt servicing obligations to Venezuela when they are due.
The Minister envisaged that by the implementation of the project, the Government would have invested up to US$10 million to bring it to fruition. He said that whatever has been spent by the Government, will be recouped in two ways – a royalty charged on the importation/permit of gas (LNG); and on the infrastructure side, where the Government will impose a tolling fee for the use of that infrastructure.
Mr. Robertson noted further that the Ministry of Finance and the Public Service would also have to come into play, in terms of tax from the gas.
“So, there will be three areas where this project will have to pull its weight and where the Government of Jamaica will recoup what it has spent, so that it can continue to fund studies and projects looking at sustainable energy, and carrying out the work and mandate of the Ministry of Energy and Mining, through the Petroleum Corporation of Jamaica,” he said.
EXMAR Consortium, a company based in Belgium, with more than 20 years experience in handling LNG, has also made investments in Jamaica of more than US$320 million. “This is a major investment of both funds and technology at this time,” the Minister said.
In a statement to Parliament on June 15, the Minister had informed that Government is to begin talks for the establishment of a floating storage and re-gasification unit. This, Mr. Robertson said, will mark a critical turning point in the Government’s efforts to import a diversified, cheaper and cleaner fuel.
In addition to being a cheaper source of fuel, LNG is odourless, colourless, non-toxic and non-corrosive. The Government began exploring the possibility of natural gas as an alternative fuel in 2001, under an initiative spearheaded by the then Ministry of Industry, Commerce, Science and Technology.