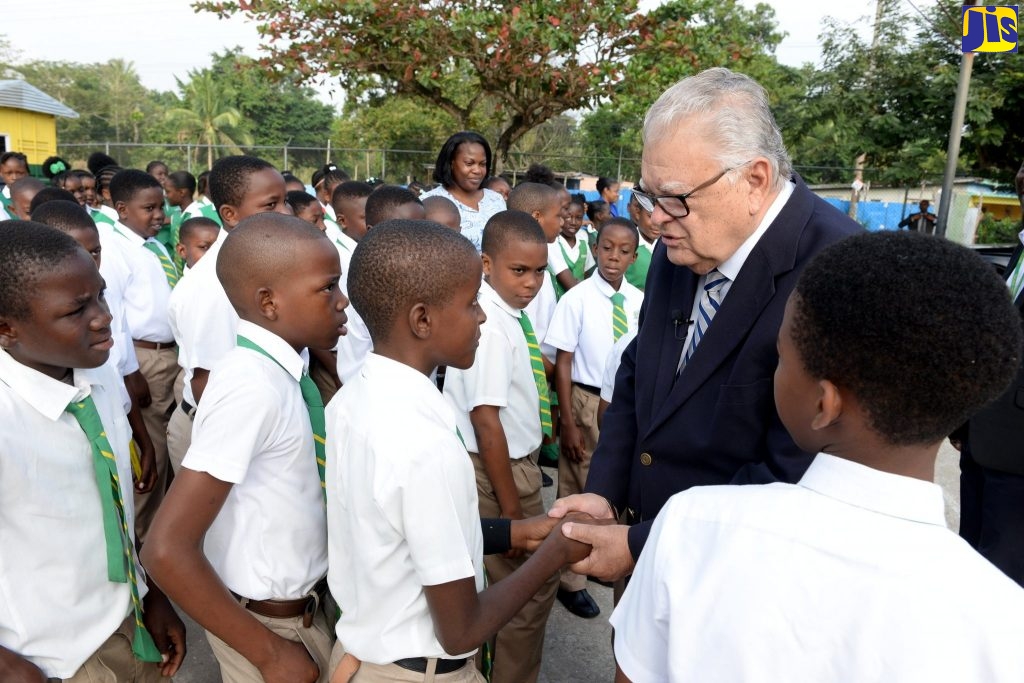 State Minister in the Ministry of Industry, Technology, Energy and Commerce, Senator Kern Spencer, said on (November 17), that Microsoft’s latest partnership with Jamaica would foster higher productivity levels in the country’s various sectors. He added that this initiative also reflected the goal of the Ministry, “to always be at the cutting edge of Technology and Information and Communication Technology activities in the region”.
Senator Spencer was addressing 150 business and technology partners at the announcement of Microsoft Jamaica’s new business productivity platform and the introduction of three flagship products, at the Jamaica Pegasus Hotel, some 30 days ahead of other countries worldwide.
The products include Windows Vista operating system, Microsoft Office 2007 and Exchange Server email and collaboration centre. These updated versions of Microsoft packages feature, among other things, redesigned user interfaces with new dimensions, such as real-time corporate data sharing fronts, easy-to-use additions for security and application access, and data encryption.
“As we continue our drive towards greater growth and productivity, I am very excited about the capabilities and opportunities that Windows Vista will present for all our industries. As a government, we believe that the introduction of new and updated technologies increase both physical and economic productivity, [as] computer technologies impact on all aspects of our lives and are critical to the process of development and efficiency in all productive industries and other sectors of the society,” the State Minister said.
Senator Spencer said it was interesting to note that Jamaica is ranked 54th in terms of network readiness in the World Economic Forum’s Global Information Technology Report that covered some 115 economies. “In fact, in that regard, we are number one within the Caribbean Region,” he pointed out.
He said Jamaica’s leading position in the use of integrated and people-centric communication technologies was the result of conscious and sustained efforts of the government, together with the implementation of a modern telecommunications infrastructure and the telecommunications liberalisation process.
The State Minister said today’s launch was possible because Government has been facilitative of a policy framework that anticipated investment and technological growth. “This is perhaps our biggest launch in Microsoft over the last decade. When you look deeper into Vista, Exchange and Office 2007, you will see that these are our most innovative changes that we bring to the market,” said Joseph McKinson, Microsoft’s Country Manager in Jamaica.
He added that this launch indicated that Jamaica was technologically apace with the developed world.
“In days gone by, launches would have taken place in Europe or the USA and then several months later it would happen in Jamaica. But launches are taking place simultaneously right across the world. In fact, Jamaica is way ahead in many nations, including the US, so we are extremely proud to know that we are launching here before several other countries,” Mr. McKinson said.
The Country Manager said the technology would change lives in keeping with world standards and the new world of work.
Meanwhile, Senator Spencer informed that the Government’s continued commitment to information technologies would be reflected in the National Information and Communication Strategy to be released at the end of this month.