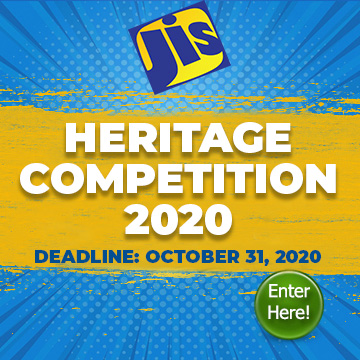 Jamaica Well Advanced in The Provision of Water

With more than 70 per cent of Jamaicans having access to piped water, Programme Director for the Rural Water Programme, Ian Gage, says the Government’s push to eventually provide the commodity to all Jamaicans, is well on the way to being a reality.
Through consistent improvements to the country’s water supply systems, he says Jamaicans, for the most part, have greater access to piped water than most nationals in other sister islands in the Caribbean.
Mr. Gage informss JIS News that the government’s thrust to widen the accessibility of water to the entire population, is well advanced when compared to other regions, “we are fairly advanced in terms of access compared to most of our neighbours [in the Caribbean], and in terms of the world picture, compared to the situation in say Africa and in parts of Asia, we are well advanced in terms of access”.
He notes that water access in Jamaica is far more prevalent than Asia and Africa, as although not everyone in the island might have piped water, “the key is to have safe water within a reasonable distance at a reasonable cost”.
As the government aims to move from the current 71 per cent to complete access by the citizens within the next five years, the Programme Director in the Ministry of Water and Housing indicates that in order “to close the gap, it will cost in the region of US$2 billion for 100 per cent access”.
“We are working with a timeline to have access to water by all by 2010. another 5 years from now, so that will require a fair amount of effort,” he tells JIS News.
Mr. Gage says that in the government’s drive to have full water access by the citizenry, several projects are underway to implement water supply systems in areas across the island that are now not being adequately served.
He informs that there are projects under construction and in advanced design stages in the parishes of St. Elizabeth, Clarendon, St. Mary and St. Thomas.
The projects, he says, are being implemented through the Water Ministry’s Rural Water Programme and the Jamaica Social Investment Fund (JSIF). Upon completion of these projects, he says the community contractors will be given the responsibility of operating the water supply systems for a five-year period.
Furthermore, the passage of the Water and Sewerage Services Act has also diversified the market and created the environment for private sector interests to become involved in the provision of water supply systems. The Act broadens the previously existing NWC Act that made the Commission the only entity that could distribute and sell water.
“The new Act will open that up and allow for other persons to be players in the industry and require that you become a licensed water provider, so you would actually apply to the Office of the Utilities Regulation (OUR) for a licence to be a water provider,” Mr. Gage explains.
“So what the Act will do is provide the legal framework and some amount of protection through the OUR, in that they are now arbiters and will keep the playing field level. By having the licence, it protects the entity as a provider by giving you that guarantee that you are a licensed person to provide water,” he adds.
Mr. Gage reveals that there are two licenced private water supply operators in the island, one in St. Ann and the other in St. Catherine.
He tells JIS News that because most rural districts, as opposed to urban communities, do not have the necessary infrastructure in place to have piped water, and are often located in remote locations, these factors combined to pose a challenge in the provision of water.
“Rural areas are in fact the larger challenge from a simple economic point of view. In the urban areas, you have higher densities of people, so it is more cost effective per capita to deliver water in your urban areas, because of that concentration,” he explains.
“In the rural areas, and especially deep rural areas, communities are sometimes quite far removed from a source and so there is a long transmission cost in terms of a pipeline.that’s really just getting water from a source to the community, before you actually even have distribution,” Mr. Gage points out.
The Programme Director notes that another challenge faced when installing water systems in the island’s interior is the “mountainous condition”.
“This forces us to have expensive pumping costs in a lot of instances, so the implementation cost is high in terms of capital investments, but also the operational costs are sometimes disproportionately high, because of the requirements to pump over high elevations,” he adds.
Against the background of new water supply systems that will increase the accessibility of water to more Jamaicans, Mr. Gage says an important issue that cannot be overlooked is the issue of sanitation.
He points out that in instances where the Rural Water Programme or JSIF has put in water supply systems, “the fact that you now have water means you will therefore generate waste water, generally in the form of sewage, and what happens is that in a lot of communities where people have not had water supply systems, we can’t assume that they know what these systems are”.
“So, one of the things that we have to bring to the attention of people, is to sensitise them about the types of systems we have, the appropriate types of systems for the circumstances that people are in, and then work with the community groups through our programmes, and find resources and funds to assist people to put in place the various sewerage systems that they need to have, so that they are not creating a new problem,” Mr. Gage explains.