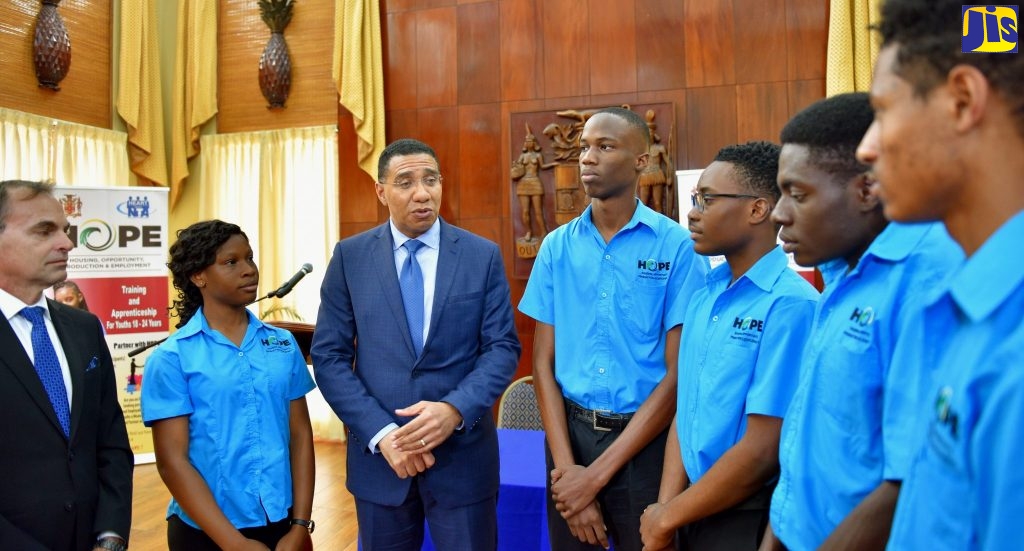 The Ministry of Foreign Affairs and Foreign Trade will host a three-day national seminar beginning on Tuesday (April 13) at its New Kingston head offices, on the proposed anti-terrorism legislation. The seminar has been organized to give special interest groups the opportunity to air their views and make comments on the proposed legislation.
Several groups are expected to make presentations, including members of the private and public sectors, trade unions, representatives of the church, academia, the legal profession and human rights organizations.
The anti-terrorism legislation forms part of Jamaica’s obligation under the United Nations Security Council’s Resolution 1373. Presently, a Draft Bill on Anti-Terrorism Legislation is awaiting submission to Cabinet.
The legislation comes in the wake of the heightened global awareness of the threat of terrorist activities following the September 11th attacks on the United States in 2001.
Speaking recently with JIS News, Legal Advisor in the Ministry of Foreign Affairs and Foreign Trade, Michelle Walker said that with government having gone through the process of drafting the necessary legislation, “it [government] considered it equally important for members of the society to be aware of the implications of that legislation. This is even more so in light of the extensive debate that has taken place and the concerns that have been expressed about the nature of the Bill, and the kind of implications it may have for the fundamental rights and freedoms of the citizens of Jamaica.”
The seminar, which will be opened by Foreign Affairs and Foreign Trade Minister, K.D. Knight, will see presentations from international experts, Executive Secretary of the Organization of American States (OAS), Steven Montblatt and Michael De Feo of the United Nations Office on Drug and Terrorism.
The United Nations’ Resolution 1373, Miss Walker explained to JIS News, asked all member states to the United Nations to take certain actions against terrorism and become party to the 12 United Nations Anti-Terrorism instruments. She added: “these issues are all captured by the legislation, which identifies what are terrorist acts and the offences. It deals with the question of terrorist financing and goes on to cover instances where persons may be convicted of offences involving terrorism and the seizure of property which may have been used to commit those offences.”
Miss Walker expressed the hope that in having the national seminar, persons attending “will better understand the philosophy behind the introduction of the Bill, what it entails, and perhaps be less concerned about the issue of it being a threat to fundamental rights and appreciate it more as an attempt to fulfill international obligations.”
According to her, the seminar would have legal experts from the public sector serving as moderators and they would also make summary presentations on the essential elements of the draft Anti-Terrorism Bill.The seminar concludes on Thursday, April 15.