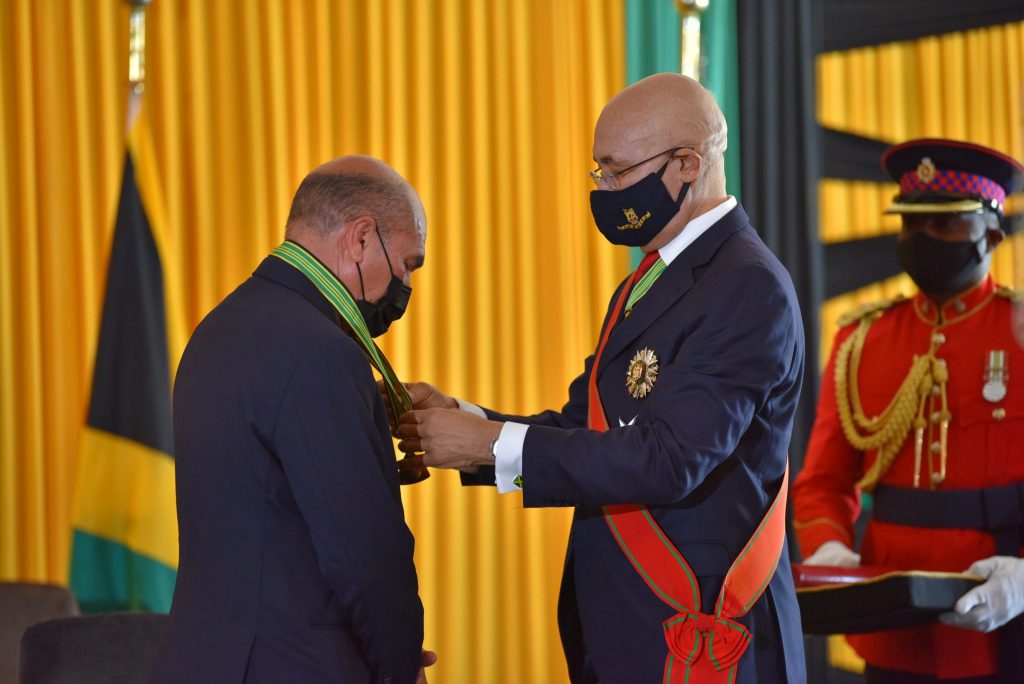 Last week, I visited Washington D.C. where I had discussions with the staff of the International Monetary Fund and with the Inter-American Development Bank, covering Jamaica’s macroeconomic programme.

The objective of the visit was to present the Fund with an update on the macro economic developments in Jamaica, including the recently concluded Budget exercise and more importantly, to settle definitively on a timetable to bring negotiations closer to an agreement and conclusion.

It is important to note that these discussions follow upon the presentation of the Article IV consultations and the presentation to the Board which took place in May. That Report reflects no fundamental disagreement between the Fund Staff and the Government of Jamaica regarding the vulnerabilities faced by the Jamaican economy, nor the necessity or character of the reforms that will be required to deal with our situation.

As I have said on previous occasions, the central problem facing the Jamaican economy is the burden of our public debt which increases our vulnerability to the unanticipated shocks and impedes our economic growth.

The focus of our discussions centred on the need, as the Fund sees it, for a clear demonstration that Jamaica was placed irrevocably on a path to achieving fiscal sustainability. Essentially, our discussion focused on the need for some clear agreement as to what prior actions were needed to provide such assurances and which set of actions remain for the conclusion of the programme.

In this regard, a number of issues raised by the Fund should be highlighted.

1. Tax Reform including the reform of Tax Administration and a clear-cut path to reform the system of waivers and incentives, including substantial reduction in the number and types of waivers; and

2. The Reduction of the Public Sector Wage related expenditure, including, Pension Reform and a Programme of Public Sector Rationalization.

There were other issues related to the implementation of the Central Treasury Management System (CTMS), and the adequacy and sustainability of the budget measures which formed the topic of discussion.

As I had indicated, Mr. Speaker, the central issue arising from this visit was to have a clear timetable for the conclusion of the negotiations. To this end, I can report that a team from the Fund will come to Jamaica for meetings to begin on July 23rd, 2012.

We will use the opportunity to further advance discussions on issues arising, including our economic programme and prior actions to be undertaken, and the actions being undertaken in relation to those issues which I indicated earlier. This will be followed up by a larger negotiating mission in the month of September. It is our hope that we will be able to conclude negotiations with the Staff of the Fund so that we will be able to have a decision from the Board of Directors of the Fund in the fall.

Mr Speaker, in closing, I wish to make a few comments on the economy that have been of concern and also to provide information.

1.       There has been some concern in the market place about the €200m payment that becomes due July 27, 2012. Let me assure the House that the government has secured the financing in US$, from the domestic market to make the payment.

2.       The next major debt payment becomes due February next year and we are already taking the necessary steps to deal with that issue.

3.       The revenue performance since the start of the fiscal year has been quite positive. Even before the recent revenue measures outlined in the 2012/13 budget, total revenues increased by over 14% for the first two months of the year compared to the same period in 2011/12.

5.       While we may yet see slightly higher monthly figures later, the fact remains, that sluggishness in global oil prices, increased domestic competition and the relatively flat economic performance are having a dampening impact on price movement.

Mr. Speaker I will keep this Honourable House informed and updated on these matters.