Minister of Education, Youth and Information, Hon. Fayval Williams (second right), breaks ground for the expansion of the infant department at the Marlie Mount Primary and Infant School in St. Catherine, on January 14. Also participating (from left) are Principal of the school, Calvin Harris; Vice Chairman of the school Board, and former Principal, Claris Brown; Member of Parliament for South West St. Catherine, Hon. Everald Warmington, and Managing Director of the Jamaica Social Investment Fund (JSIF), Omar Sweeney.

Kasheif Davis always wanted to be a soldier, and there was hardly anything else that the then 17-year-old St. Thomas native would allow to consume his thoughts.

From a very humble upbringing, Kasheif saw the army as a kind of refuge – the sort of place where he could find peace and tranquillity as he prepared for adulthood.

Unfortunately, it was not to be, as the teenager failed the entrance exam, which is a mandatory requirement for admission as an army cadet in the Jamaica Defence Force (JDF).

“My mind wasn’t prepared for the possibility of failure and that I might not be able to join the JDF. That was never under consideration and probably the main reason why I went into such a deep state of depression where I felt like giving up,” Kasheif told JIS News.

“My mother was a single parent with three of us, and I just wanted to do something that would make her proud. I took it real hard when I failed the entrance exam and wasn’t sure as to where to turn or what my next move would be,” he added.

With his dream shattered and options becoming fewer, the youngster decided that a change of scenery might be beneficial, and so with encouragement from his supportive mother, Kasheif packed his belongings and headed to the garden parish of St. Ann to move in with his father.

“It wasn’t the most ideal of situations, but I needed a fresh start. St. Thomas was clearly not working out and I needed to do something meaningful with my life,” Kasheif stated.

The youngster got a job in Runaway Bay, St. Ann, at a fruit-processing store, earning some much-needed funds, which enabled him to meet his basic needs.

However, Kasheif, who last attended the St. Thomas Technical High School, wasn’t satisfied and felt that he needed to go back to school while he worked, and so approached his employer about the possibility of doing both.

His employer, however, was not supportive of his decision, as the job required someone who could be there on a full-time basis.

“The opening was in the maintenance department, and so I approached the principal and asked about the possibility of working while attending Marcus Garvey at the same time,” he recalled.

“Not only did she say yes, but I will never forget how she took the time out… right there in her office… to assist me in putting together my résumé. It was the perfect outcome to a very long journey and I felt that my luck was about to change,” he added.

Kasheif’s work ethic, temperament, overall attitude and will to succeed have captured the minds and hearts of almost the entire Marcus Garvey fraternity.

“It is difficult not to want to root for Kasheif. From the day he walked into my office nearly two years ago, he has been nothing but a source of pride and an inspiration to many. It can’t be easy doing what he is doing. He is working to provide for himself while attending classes here at Marcus Garvey to achieve an Associate Degree in Hospitality Management,” Principal of Marcus Garvey High School, Anniona Jones, told JIS News.

For teacher Chormine Brown Henry, Kasheif is not only a winner but someone who is going places in a hurry.

“Kasheif could have gone in any direction, but has chosen a pathway to success. What he is doing now at times requires him to be on campus seven days per week with no social time for himself. You will never see him complain… not once… never,” she stated.

Meanwhile, Dean of Students, Donnet Reid, said she has never had any complaint about Kasheif.

“He is here every morning at 6 a.m. and will juggle between work and classes throughout the day. He is a proud member of the auxiliary staff and a true ambassador here at Marcus Garvey,” Ms. Reid stated.

For Kasheif, he remains optimistic about the future, and told JIS News, that he has not given up on a career in the army.

“I am more prepared this time around and, also, I now have more options from which to choose, as far as career opportunities,” he stated. 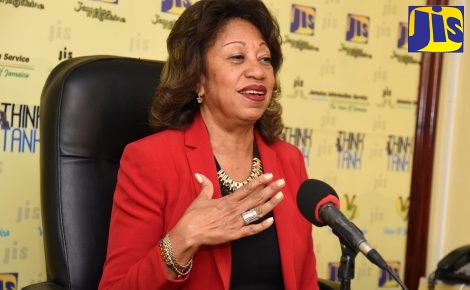 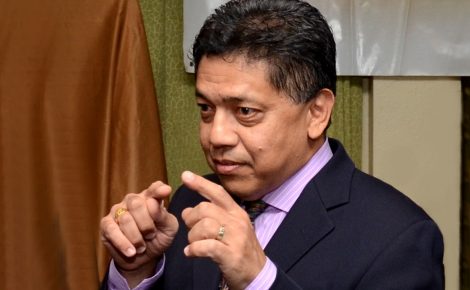 We Could Be On Our Way Back – David Wan