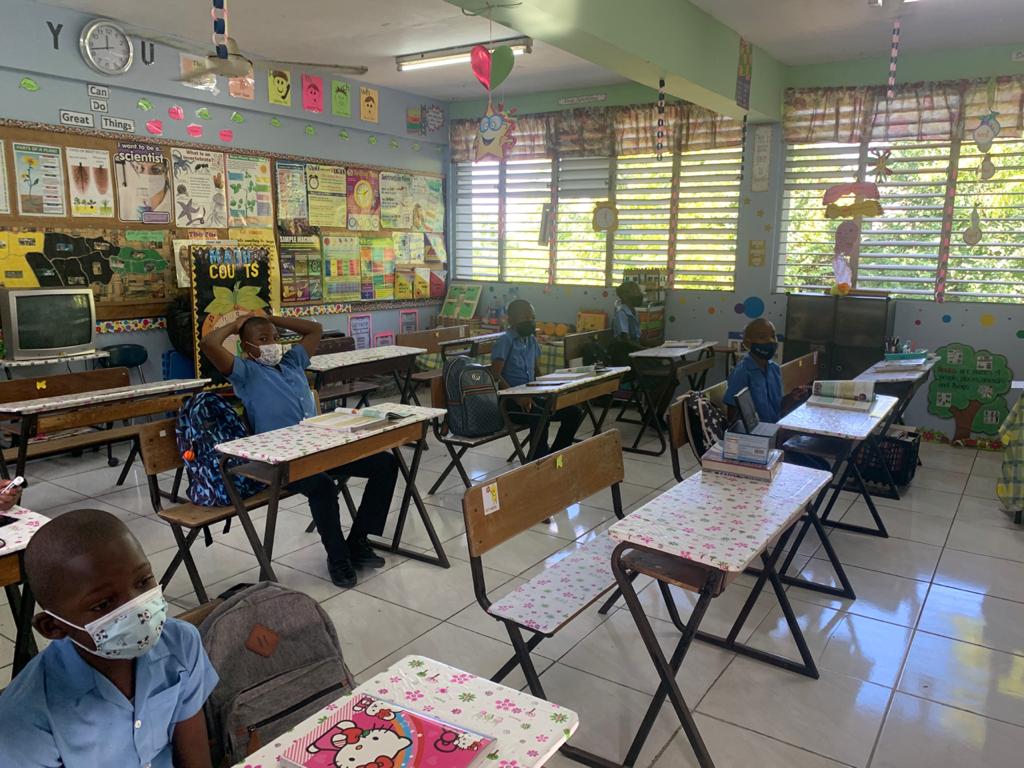 Bank of Jamaica Governor (BoJ), Derrick Latibeaudiere, has reported stable monetary performance by the Jamaican economy for the second quarter of 2007.
Speaking at the BOJ’s quarterly press briefing held on (Aug.15) at the Bank’s headquarters, downtown Kingston, Mr. Latibeaudiere said that inflation for the April to June quarter was 1.9 per cent, slightly below the range of January to March quarter and much lower than the seasonal average of 3.3 per cent for the past five years.
He said the exchange rate depreciated by 1.1 per cent, but the figure was slightly above the 0.96 per cent rate for January to March, however for the calendar year to June, the recorded decline was 2.1 per cent compared with 2.2 percent for the comparable period in 2006.
“Furthermore,” he continued, “the movement of the Jamaican dollar against the US dollar is relatively small in the context of movement of other major currencies against each other. The Canadian dollar gained 9.6 per cent and the Euro and British pound between 2.4 and 2.5 per cent respectively, against the US dollar.”
The Central Bank Governor cited a contraction in net private capital inflows and the decline in Net International Reserves (NIR) by US$90.5 million to US$2.24 billion, as major adverse developments in the domestic foreign exchange market during the quarter ended June 2007.
“The fall in net private capital inflows largely reflected portfolio switching by investors in the context of a narrowing of the interest rate differential between Jamaica dollar and US dollar denominated bonds. External financing activities by a public sector company in June, as well as increased demand by selected private sector entities to facilitate dividend payments, also acted as triggers for increased instability in the market over the quarter,” he explained.
According to Mr. Latibeaudiere, prudent action was taken by the BoJ to maintain foreign exchange stability. “To moderate the pressures in the foreign exchange market during the quarter, the Bank sold foreign currency and offered a special variable rate Jamaica dollar instrument in June. These actions served to reduce the excess Jamaica dollar liquidity, which was evident for some institutions. The variable rate instrument also had the welcome effect of prompting additional US dollar sales by the market to the Bank.”
Turning to projections for the July to September quarter, the BoJ Governor said that inflation should be in the range of two to three per cent, which is above the outturn for the June quarter but below the five-year seasonal average.
“Seasonal declines in agricultural supplies over the quarter should exert pressure on food prices. In addition, recent developments in the international market for oil suggest that energy-related prices in Jamaica are likely to be adversely affected,” he explained.
He added that, “exchange rate movements over the previous two quarters as well as the projected depreciation for the September quarter, suggest a slight upward impact on domestic prices.”
The Bank’s forecast of inflation for the full fiscal year however, remains in the range of six to seven per cent, conditioned on fiscal restraint as well as normal evolution of the global economy.
Underscoring the vulnerability of smaller economies such as Jamaica to shocks from the major world economies, Governor Latibeaudiere conceded that Jamaica had been affected, albeit slightly, by the mortgage loan crisis that had developed in the United States.
He said, “Jamaica’s bond prices had declined somewhat, albeit a minor fall. The trends are not positive at this time. However, our biggest challenge is the extent to which our institutions are involved and the price at which we can raise funds on the international market in the immediate future.”
The Governor however, did not discount the possibility of the problem in the US and wider international capital markets working in Jamaica’s favour, noting that, “our neighbours to the north will soon have to respond to the impact on their economy. The talk is that the Federal Reserve authorities in the US could be looking at reversing their interest rates strategy.
The most we can hope for is that global markets will hold stable or start to back off interest rate strategies as soon as possible.”