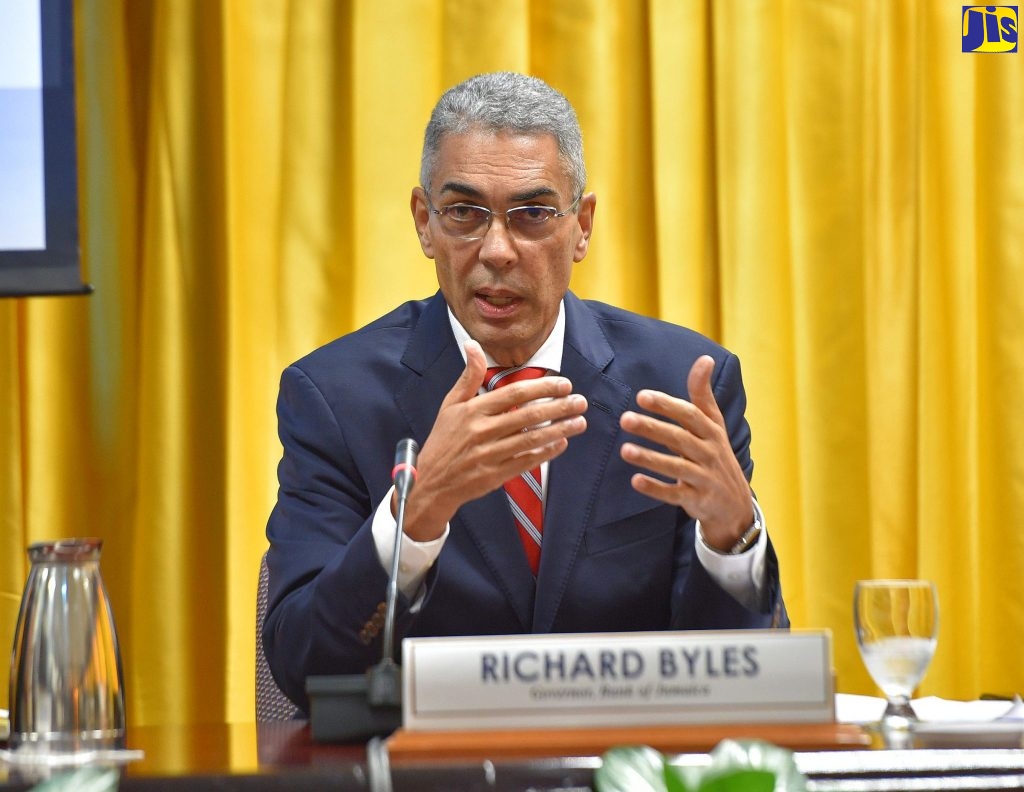 It takes patience and deep commitment to work at any one agency for over 30 years, but it takes talent and aptitude to do an excellent job and make an indelible contribution throughout those years.
This is true for Director of the Agricultural Marketing and Information Division in the Ministry of Agriculture and Fisheries and 2010 Civil Servant of the Year, Michael Pryce.Growing up in a small rural community on the border of St. Mary and St. Catherine, the St. Jago High school graduate had ambitions of becoming a medical doctor.
With the high cost of medical school proving to be a deterrent, Mr. Pryce decided to seek employment and through the recommendation of a family friend, he landed a job in the Government service in 1979, with the then Land Authority. Since then, he has been contributing to the development and growth of the country’s agricultural sector.
Though Mr. Pryce was not able to pursue his original ambition of practising medicine, this did not deter him from striving for excellence and doing his best to make positive contributions to society.
The former Director of the Ministry’s Data Bank and Evaluation Division attained a first degree in Economics and Management in 1990 from the University of the West Indies, Mona. He also boasts a Masters degree in Biometry, a specialised branch of statistics, which he received in 1994, after attending university in the United Kingdom for two years.Mr. Pryce is thankful for the seven years of tertiary education he received that were all fully facilitated by the Agriculture Ministry.
Since 1995, he served as Biometrician, working with the Research and Development Division, but was recently promoted to Director of the Agricultural Marketing and Information Division, which is a newly created department at the Ministry, with the merger of the Data Bank and Evaluation Division and the Marketing and Credit Division.
Mr. Pryce tells JIS News that the merger was a result of the Ministry’s restructuring programme, which aims to provide more efficient and effective service to the agricultural industry.
“The Ministry has been restructuring to be more receptive to the needs of our client base and to reposition the Ministry to a market-led approach, as opposed to a production-led approach,” he says.
“In the past, we tend to produce crops and then we have times when we can’t sell the crops that we have produced and then there are times when we have shortages. So we are now gearing the Ministry to be market-led in terms of looking at what the marketplace demands and trying to fulfill those needs,” he informs.Mr. Pryce tells JIS News that he is very thankful for the Civil Servant of the Year honour, though he modestly acknowledges that his hard work is supported by a team of other dedicated public servants.
“It feels good to be recognised for the work that I have been doing, albeit, it’s more a reflection of the team at the Ministry, rather than myself personally,” he states. “There are a lot of people behind what I do and so it really is a reflection of the team work,” he adds.
Mr. Pryce is held in high regard by his colleagues, who describe him as a dedicated and competent civil servant. Principal Director of Planning Policy and Development in the Ministry, Zulieka Budhan, who works closely with Mr. Pryce, says over the years he has displayed exemplary work ethic.
“I am very proud of Mr. Michael Pryce (for) getting the award of civil servant of the year,” she says. “He is an excellent employee and public servant. He is dedicated, committed, hardworking and competent. These attributes have assisted him along his career path,” Miss Budhan remarks.
“To cap it all he has a lovely personality, which makes working with him a pleasure. I hope that more persons in the public sector would appreciate these qualities and try to develop them,” she adds.